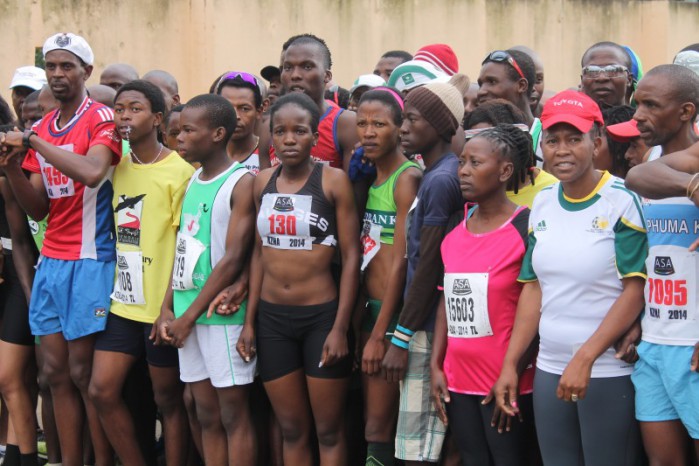 With the ninth edition of the annual Greater Edendale Race being hosted this Sunday, 15 November 2015, the organisers have called on runners to be part of the popular community road-running event.

The Comrades Marathon Association (CMA) will once again host the race at the FNB Wadley Stadium in Georgetown, Edendale as part of its social responsibility programme.

Over the years, the race has been attracting nearly 2 000 participants on an annual basis. Prize money totalling nearly R15 000 is up for grabs with a generous first prize of R2 500 for the First Man and First Woman over the finish line respectively.

The first three walkers over the finish line for both the men’s and women’s race will also be rewarded. Additionally, every finisher will take home a medal in addition to all 10km runners receiving an Edendale 10km Race T-shirt.

The race is a major attraction for local schools, with grand prizes for those schools with the most number of finishers. Safety and security is overseen by SAPS and the local traffic police, as well as sixty marshals who will be on duty on the day.

The entry fee for the 10km race is R30 and participants must be at least 15 years old to run it. Temporary licenses will be available at the Registration Desk at a cost of R10 for those runners who are not licensed members of running clubs. Anyone over 9 years old may enter the 5km Fun Run which forms part of the world renowned AIMS Children’s Series Race. The entry fee is R20 but free for school children.

The event is run under the auspices of the International Amateur Athletics Federation (IAAF), Athletics South Africa (ASA) and KwaZulu-Natal Athletics (KZNA).

Pre-entries are currently being taken at Comrades Marathon House (weekdays between 08h00 and 16h30). The local race organizing committee will be at the FNB Wadley Stadium taking entries on Saturday, 14 November 2015 from 11h00 to 14h00. Registration will also be open on the day of the race from 05h00 to 07h00.

CMA Chairperson, Macdonald Chitja says, ‘We would like to thank our partners in this event, the Msunduzi Municipality and Msunduzi Pietermaritzburg Tourism Association who have been supporting this event since its inception. We would also like to thank the Department of Sport and Recreation and our volunteers whose dedication and commitment is vital to the success of the race.’