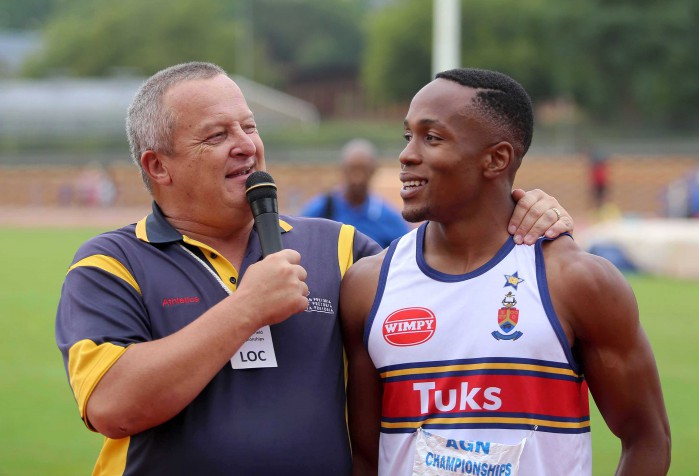 The fact that the South African athletics season is out of sync with the international calendar is a major problem in local athletics.

Danie Cornelius (Tuks Athletics Manager), who has been elected as Chairman of the Track and Field Commission of Gauteng North Athletics, is fully aware of it.

“It is time that we as sports administrators should realize that sport should be about the athletes. With apologies to the late John F. Kennedy, we should not ask what our athletes can do for us as administrators but rather what we can do for them. If we want our athletes to be successful we need to get in line with what is happening internationally,” Cornelius said.

“That is why I will, for the first time, allow the province’s top athletes who represented South Africa at the World Championships in Beijing to decide for themselves whether they want to compete in any of next year’s league meetings or the provincial championships.

“I am also not going to force Akani Simbine (Tuks/HPC), joint SA record holder in the 100 metres (9.97s), to represent the university in the Varsity Cup Series meetings. At the most he might be part of the relay team. Luckily there are so many good sprinters at Tuks that we can afford to rest him.

“We made a big mistake in 2014 by expecting Akani to represent Tukkies at all the Varsity Cup meetings, as well as at the South African Student Championships and the National Championships.

At most of the meetings he raced the 100 metres as well as the 200 metres and sometimes the 4×100-relay as well. As a result he was totally over-raced when his international season started.”

“I will be honest. If Akani should qualify for the 100-metre final at the Games it will mean more to the University than if he should win a race at the Varsity Cup meeting or the South African Student Championships. Actually the same goes for all the province’s top athletes. It is time that everybody involved in athletics should realize that an Olympic medal is the ultimate achievement.”