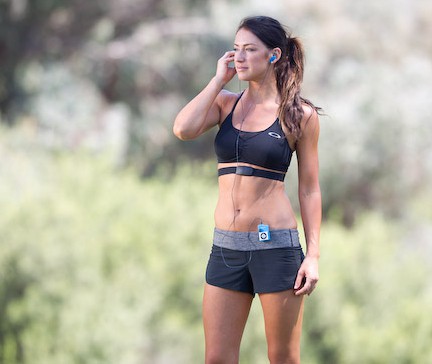 Acclaimed sports coach Matt Fitzgerald has a simple motto, “Train the brain and the rest will follow.” And we’ve all heard the Comrades experts say that the race is 40% physical and 60% mental, and that your physical training will only get you to the 60km mark – after that, your mind has to take you the rest of the way. But is the mind really that important when it comes to running?

The answer is a definite yes. In his book Psycho-Cybernetics, Maxwell Maltz writes about the power of our self-image and how we limit and restrict ourselves based on our self-image. The truth is that most us achieve far less than we are capable of, simply because our self-image doesn’t allow us to.

I realised for the first time the power of the mind in October 2011, when I took part in the Munich Marathon. I lined up at the start aiming for a PB, but instead ended up tearing my Soleus muscle around the 14km mark. By the 16km mark I was ready to throw in the towel, because every step was excruciating, but at that moment I learnt an invaluable life and running lesson, about the power of the mind. I said to myself, “I have not come all this way to feel pain.” I literally switched off the pain and continued to run at the best possible pace I could manage. I ended up missing my PB, but still managed to cross the line in 2:57:29 – at which point the pain flooded my calf and I could hardly walk.

HOW TO TRAIN YOUR BRAIN
The training we do is not purely about the physical aspect, but also has a huge impact on our mental state. For example, every time we drag ourselves out of bed and head out the door to train, despite not wanting to, it makes us that much stronger mentally. Every time we push through a tough session, despite our bodies begging us to stop, makes us stronger mentally. While it is important to listen to our bodies and not overdo it, we need to learn when it’s our body calling for a time-out and warning us of looming injury, or when it’s just our mind giving in and wanting us to quit. When it’s the mind, never give in. You can conquer it, and if you’ve done so once, you can conquer it again. The bottom line is that if we quit in training, we will quit at one point or another in the race.

Another aspect of training your brain is mentally preparing ourselves for our next big goal. This process is called visualisation and should not be underestimated. There’s a true story about a prisoner of war who was locked up in solitary confinement for seven years. To stop himself from going insane, he would visually play a full round of golf every day in his mind. He would see himself lining up the ball, feel the club swinging through the air and making contact with the ball, then see the ball landing on the fairway and ultimately putting it into the hole. Before being locked up he was a very average golfer, shooting in the mid 90’s, but after he was released from prison he shot a 74 on his first round.

When building up to a race, visualise it in your mind. Feel your nerves as you line up at the start. See the start banner, hear the gun as your heart rate jumps a notch. Feel your feet hitting the ground and your lungs expanding with every breath. In your mind, run the route as you plan to run it on race day, then see yourself crossing the finish line and feel the emotions of achieving your goal. If we spend a few minutes each day for one to two weeks before race day visualising our race in this way, we will find that on race day we are mentally prepared for what’s coming. We’ve already ‘run’ up Polly Shortts. We’ve already conquered the route. We’ve already crossed the line.

SET YOURSELF GOALS
Lastly, set yourself challenging and achievable goals, ones that you really want. If you don’t really desire that Bill Rowan, or you don’t really want that sub-80 half marathon, or you’re not really sure why you’re tackling 160km, then it’s going to be very hard to achieve your goal. Part of the mental battle is already won if you’ll do almost anything to achieve what you’re aiming for. And always remember, it’s all in the mind!