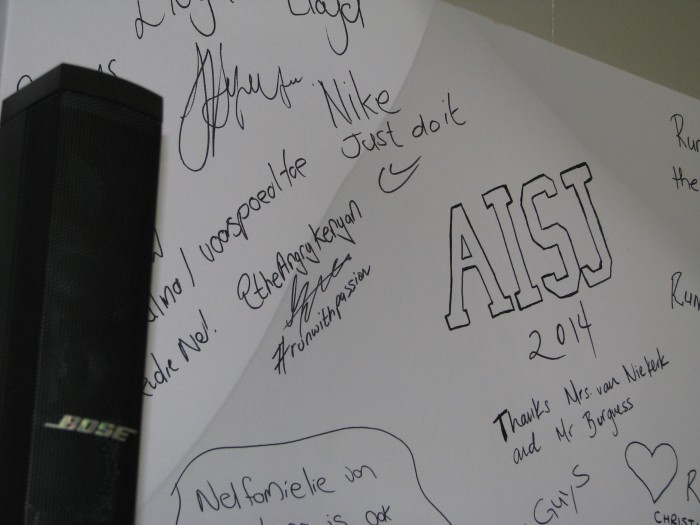 He wishes to remain anonymous, so this is a slightly different article to the norm here in Modern Athlete, but the story behind Twitter’s @theAngryKenyan is just too good not to share. – EDITED BY SEAN FALCONER

The first time I heard about the Angry Kenyan a few years ago, I was not on Twitter yet and had no idea who or what the hype was all about. I actually thought there was some guy originally from Kenya who was angry about life – or perhaps just about his running prospects – and having a rant on Twitter. What I subsequently found out was that the Angry Kenyan is actually an incredibly inspirational and humorous guy, not angry at all, and when I finally got to meet him a few years later during the Comrades Marathon, I saw exactly how positive and upbeat he really is. However, I didn’t know what was behind his Twitter handle until he recently sent me an explanation, which I have decided to share with you here in the mag, so you too can share in his incredible passion. – Ed.

The Kenyan Movement
By @theAngryKenyan

I haven’t been a runner for very long. In fact I only did my first ‘big run,’ the Dis-Chem 21km, in January 2012. I always said I wasn’t a runner, but after giving up on cycling as it just wasn’t safe anymore, I found I actually quite enjoyed running, and it was way easier to run – you just needed some good running shoes and a piece of road and you were away.

Saw the Sign
It was on the route of that Dis-Chem run, somewhere around the 15km mark, that I saw a little guy at the side of the road holding up a sign that said, “Run like an angry Kenyan.” It made me smile the whole way to the finish! As everyone knows, Kenyans can really run, so can you imagine an angry one? Now, I had been thinking about joining the social media circles, but not being a big FaceBook fan, I decided it was going to have to be Twitter, and when it came to a name for my profile, this name, and the emotions it brought to mind, was an obvious choice.

I didn’t want to be one of those people who tweeted about “I’m having coffee with John today…” or “What do you think of my outfit…” No, I wanted to use this as a platform to encourage and motivate other runners, especially novices like me. I created a little hype, as no-one knew who this Angry Kenyan was, which is what I wanted. I wanted to stay anonymous, be that person who inspired from afar. I wanted the Kenyan Movement to be about the people in it, not me.

Baby Steps
It started off slowly as I tweeted daily motivational pictures and sayings, and even went through a stage where I posted the ‘Exercise of the Day’ – I’m currently a personal trainer, so sharing this knowledge, as well as my running stuff, came easily to me. I called it the Kenyan Movement, mainly because of my profile name, but also because I was hoping it would take off and become something people wanted to be a part of. I also created the hashtag #runwithpassion and added it to my Tweets wherever I could, because I wanted people to share experiences, knowledge and encouragement for other runners, and to simply create a group of people who were passionate about running. I never expected it to become what it has, with a little over 1000 followers worldwide in just over three years, from novice runners to pro athletes. Now I continue to send out motivations and touch base with as many runners as I can, creating a bond and sharing with all who have joined.

I took on the Old Mutual Two Oceans marathon and the Comrades Marathon in 2013, as a novice, having only been running for a year and a half, and tweeted my entire journey. I ran for charity on both runs and loved being part of giving back to someone or something else, and still managing to be anonymous… to a point. Last year I was set to go back down to Cape Town to do the Two Oceans again and there was no getting away from meeting runners who had been following me for over a year. I met with nine complete strangers, all runners from Cape Town, who had come together to meet me. I was so humbled and absolutely blown away that I had made such an impact on complete strangers. It meant that everything I had tried to do had worked. I was getting people to share running and their passion for it!

I also met Stephanie Schultzen from Two Oceans and Bronwyn Freeman from Comrades and it became clear that the Kenyan Movement was making a difference in peoples’ lives, and not just for running, but also helping people to be more positive about who they are, about their place in this world. I get emotional just thinking about it, because I am just me – a nobody, really – and yet I have made this impact on people from Dubai to Kent to Kimberely, and even some followers in Kenya!

At Comrades last year – I went back for the Back to Back medal – I was just struggling through and I heard, “Come on Angry Kenyan!” from a complete stranger who had seen my Tweets, knew I was running in pink and had spotted me. It meant so much to me! I’ve run with a few people in the Movement and they have been the best runs ever. I can only dream of running on each continent where there are Kenyan Movement runners, and the London and New York marathons are top of my bucket list, plus a marathon in Kenya. How amazing would that be!

Broadening the Message
In the last few months, as I have trained and been inspired by others, and in order to encourage and motivate other athletes, including swimmers and cyclists, because I recently completed my first IRONMAN 70.3 event down in Durban, I changed the hashtag and it’s meaning from #runwithpassion to #BEwithpassion. I want to share my passion for training and life with everyone, and get them to live life to the full, to BE, and to do it with passion!

Doing my small part in the running community has made me realise that one person can make a difference, and by doing so, that one person can also be changed and motivated for the better! That is the story of the Kenyan Movement, and the Angry Kenyan.

You can join the Kenyan Movement by following @theAngryKenyan on Twitter.