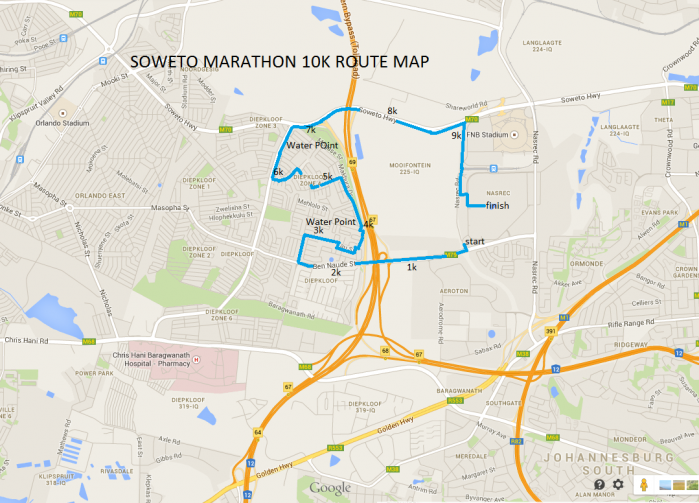 Participants of the 10 kilometre route will have plenty to see while they make their way around this route.

After starting on the Golden Highway, runners will turn right at the slipway onto Rand Show Road. They will then cross the N1 and turn right into Martinus Smuts Drive.

After passing the Reya Vaya Station and going over the N3, runners will again turn right onto the Golden Highway with Soccer City on their left hand side.