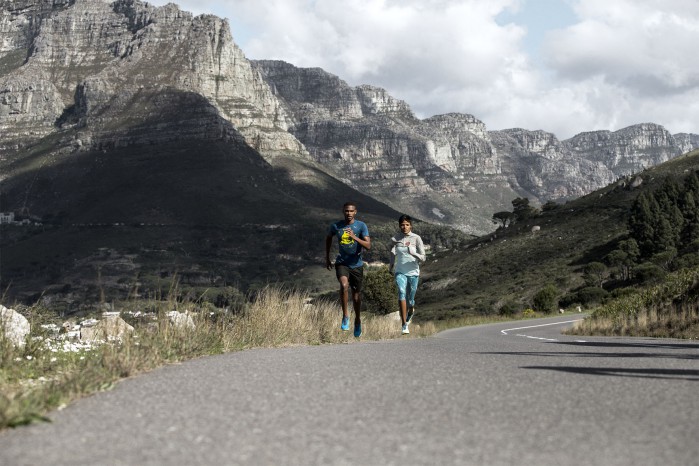 In IGNITE YOUR CITY – Cape Town, PUMA will take six local runners for an ambitious dash through the streets and uphill roads of the Mother City.

The crew starts their run at the beach, and then traverses the V&A Waterfront with an inspiring view of the South Atlantic Ocean.

With Cape Town being a cultivated city that collides with geography, they soon find their bases striding through the streets of Bo-Kaap – lined with candy-coloured houses – then past the industrial neighborhood of Woodstock with its graffiti-laden walls.

They soon reach the foot of Signal Hill where they are compelled to push their limits to overcome this mountain of a challenge.

With the wind-whipped peak serving as their compass, endorphins pumping and adrenalin on overdrive, the runners surge to the last leg of their run. Their victory is rewarded by high fives and a stunning view of the City Bowl.

The IGNITE YOUR CITY film series features global running crews as they IGNITE their respective cities and push the boundaries of their runs with the IGNITE running shoe.

They do it for bragging rights, to accomplish their dream run, to inspire their city’s greater running community, and for the joy of pushing their runs to new heights.