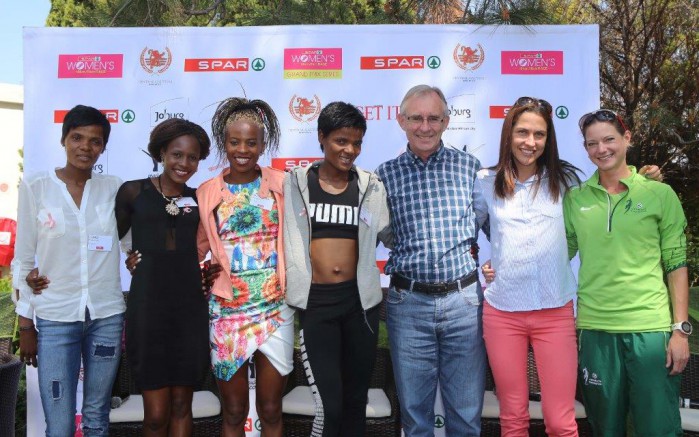 It doesn’t matter whether you are old, young, in shape, out of shape, an elite runner or a social plodder, the Johannesburg SPAR Women’s 10 km Challenge is just for you.

Taking place at the Wanderers, Johannesburg on Sunday 11 October, this race forms part of a series of races called the SPAR Challenge which hosts five races in Cape Town, Port Elizabeth, Durban, Pretoria in addition to the race scheduled for next month.

This series of races is now the third most recognised road running event in South Africa, after the Comrades Marathon and the Two Oceans Marathon and it attracts athletes from those centres as well as the elite athletes who run all five events every year.

For winners, the races offer good prize money, but for the top South African runners, there is an additional incentive in the SPAR Grand Prix, with the top runners earning Grand Prix points according to their performance in the various Challenge races.

The best runners say they enjoy the SPAR races, which are all about women.

“When you win a SPAR race, you are the first person across the finish line, and that is special,” said Rene Kalmer, who has won more SPAR races than anyone else. If you are running in a mixed race, you often get to the finish surrounded by men, and you are definitely not the first across the line.”

There has been a real battle for that honour this year – there has been a different winner in each race. The vivacious Mapaseka Makhanya won the Cape Town race, Diana-Lebo Phalula won in Port Elizabeth, her twin sister, Lebogang was first home in Durban and Rutendo Nyahora was the winner of the Pretoria race last month. They are all in top form, and the battle for line honours will be fierce.

There will also be others breathing down their necks – runners such as Nolene Conrad, Cornelia Joubert, and the Kalmer sisters, Rene and Christine, which means the cream of South African road running will take part.


So put on those training shoes and start preparing for the SPAR Women’s Challenge on October 11 – you’ll always be able to boast that you ran with the best.