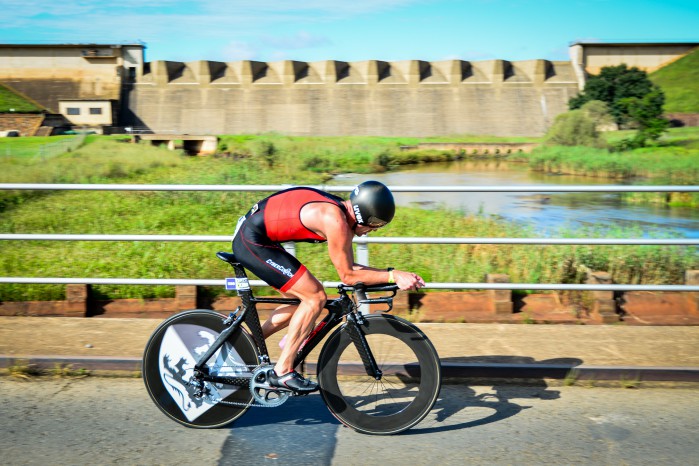 The KZN Midlands is once again gearing up to host over 1500 competitors and their families for the Midlands Ultra Triathlon on 29 November.

This biannual ultra-triathlon attracts amateur and professional athletes from across Africa and Europe to the beautiful KZN Midlands.

This exciting event is one of SA's biggest triathlon events and is part of the African National Triathlon Series, which staged the inaugural Sun City Ultra Triathlon in May 2015.

“We are very fortunate to have Midmar Dam in KZN, as it is known as one of the best venues in Africa to stage a multisport event like ours” says race director Damian Bradley from B-Active Sports.

Local professional triathlete Donovan van Gelder, who is a multiple winner of the Midlands Ultra ranks Midmar Dam as the best venue in the country for triathlon: “Midmar's water is always clean and never too cold, The surrounding KZN Midlands are breathtaking and the cycle and run are undulating and challenging, which makes finishing the Midlands Ultra a true achievement for everyone.” said Van Gelder.

“From a personal point of view, Midmar was the venue where I did my first standard (Olympic) distance race in 1988 and I did my first half iron distance race there as well, in 1991. The first time I crossed a finish line in first place overall was at Midmar in January 1991 so nearly a quarter of a century before this year’s Midlands Ultra.”

“I am getting towards the end of my competitive career, as far as winning races overall goes, I turn 45 a month after this year’s race, so it would be special for me to add one more win at the Midlands Ultra before I ease back and start racing in age-groups.”

“The distance of the Midlands Ultra is my favourite and it seems to suit me the best. I have never finished outside of the top three at any race over this distance in my thirty years of racing. So I definitely plan to be a factor again on 29 November. As it may be my last race where I compete for the overall title, I will make sure that I am prepared to the best of my ability. If the weather plays along, I would like to target the four hour barrier on the new route.”

On the international stage, the number of international athletes gets stronger each year, with over 16 foreign athletes already attending the November race , coming from Dubai, United Kingdom, Zimbabwe, Swaziland, Botswana, Germany and Spain.

“Past winners of the Midlands Ultra include James Cunnama, Kent Horner, Stuart Marias, Donovan van Gelder, Gerhard de Bruin, some of whom have already secured their place on the Ultra starting line. Other top athletes Ruan Naude, Freddie Lampret and Henri Schoeman have indicated that this event is on their training schedule for the end of the year.

The event on 29 November is the perfect race to end a successful 2015 year on. Sunday sees the Individual Sprint competitors’ event kicking off at 6:50am, with the Sprint Team Relay kicking off at 6:55am. At 7:20am the Ultra ½ iron distance Triathlon starts, taking the swimmers on a 1.9km swim course before they head out on their bikes into the meandering hills of the Midlands.

On Saturday and Sunday there will be sporting stands, displays and food and drinks available for the whole family the whole weekend.

Anyone looking for a quality exciting event, should give the Midlands Ultra or Sprint race a go. The Event can be done in Teams and Individually and there is something for everyone. To book you place at one of SA’s premier Triathlons, go to www.ultratri.co.za . Entries close on 4 November