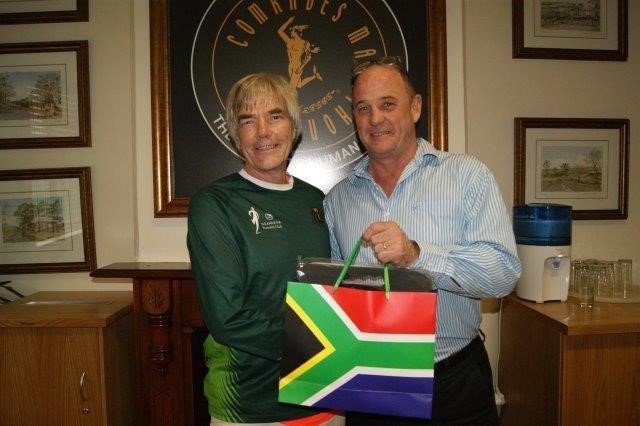 Barely four days into the 2016 Comrades Marathon entry process, over 4000 entries have already been received, and you can visit www.comrades.com to view the rising entry barometer. The three-month entry process opened on 1 September 2015 and will close on 30 November 2015, or as soon as the entry cap of 20,000 has been reached. Prospective entrants are therefore encouraged to get their entries in early to avoid disappointment.

Furthermore, the entry process for the 2016 race has already broken a record. CMA General Manager, Chris Fisher says, “In a first for the Comrades charities, the first three days of the 2016 Comrades entry process has netted over R100,000 in donations for our six official charities. We are humbled by our runners’ benevolence. The camaraderie and extraordinary achievement associated with this great race cannot be overstated. We invite every South African to get involved in one way or another, come 29 May 2016.”

South African runners will be eligible for the ‘early bird’ entry fee of R380 if their entry is received before 30 September 2015. The regular South African entry fee of R420 will kick in on 1 October 2015 until the entry process is closed. Runners from the rest of Africa will pay R700 for an entry, while international runners from overseas will pay R2400. Entry is free to all runners who have completed the Comrades Marathon 25 times or more.

Runners can enter as follows:
• Online via the Comrades Marathon website: www.comrades.com;
• By posting their completed entry form with proof of payment to the CMA Office in Pietermaritzburg: P.O. Box 100621, Scottsville, 3209;
• By handing in their completed entry form together with the original bank deposit slip at the CMA office in Pietermaritzburg.

Entry forms will be available at local running clubs, provincial sporting federations and the CMA; as well as selected qualifying races which the Comrades Team will be attending from September to November.

The 91st Comrades Marathon will be a down-run on Sunday 29 May 2016. The race starts at the Pietermaritzburg City Hall at 5:30am and ends 12 hours later at the Sahara-Kingsmead Cricket Stadium in Durban, covering a distance of around 90km.