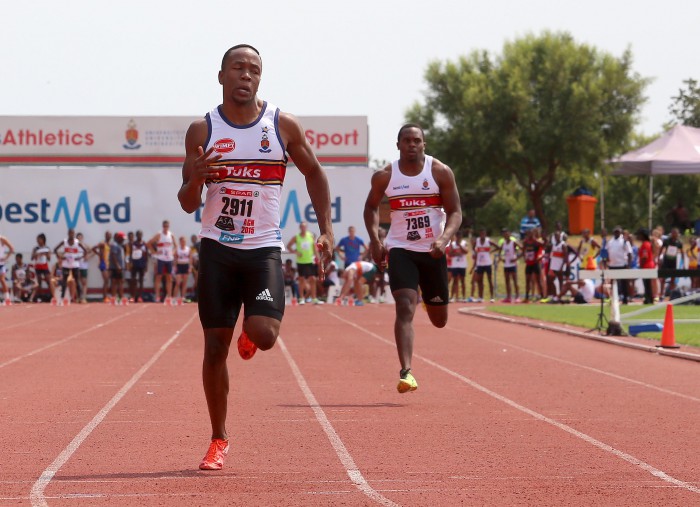 On Wednesday night sprinter Akani Simbine became only the second South African to break the 10-second barrier in the 100m sprint when he clocked 9.99 seconds to win the event at the 20th European Athletics Classics Meeting in Slovenia. He was followed home by Pretoria-based Tuks High Performance Centre teammate Henricho Bruintjies, who was second in 10.15.

If the statistics on Wikipedia are correct, Simbine is only the 103rd sprinter ever to run under 10 seconds, and only the second after Simon Magakwe clocked 9.98 at last year’s South African Championships in Pretoria. The first ever sub-10 was run by Jim Hines of the USA in 1968 in Mexico.

Before Simbine departed to compete internationally, the Tuks/hpc athlete at first said his main goal for the season was to break 10 seconds. “However, when I started competing I had second thoughts and changed my goal to focusing on running the perfect race instead. I reckoned that if I managed to run the perfect race, sub-10 seconds would happen automatically.”

“For me being a good sprinter is all about consistency. This means that I do not chase fast times any longer, but rather focus on making sure that I do the small things right. This means that I focus on running the perfect race. I am still under pressure, but I do not allow it to ‘sit on my shoulders’,” said Simbine, who ran a time of 10.02s at last year’s national championships.