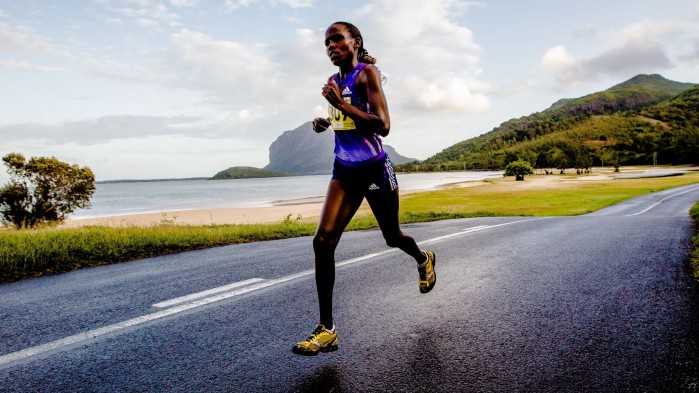 Four South African athletes ran to podium positions in the sixth LUX Mauritius Marathon, Half Marathon & 10km on 19 July, with veteran Angelique Rabie winning the marathon in 3:33:37 and Candyce Hall coming home second in 3:39:44, while it was third for Tanya Posthumus-Fox in the half marathon. In the 10km, Gustav Brink was third across the line.

After some heavy rain in the early morning, the weather got much better and the runners only had to struggle with a strong headwind on the spectacular course, which made it difficult to run faster times. Nevertheless all the runners agreed that the Mauritius Marathon is one of the most beautiful courses they had run and that the whole event is absolutely unique. With 242 runners from 32 countries around the world, the Mauritius Marathon had an increase in participants of about 30% and has been established on the “Marathon map.”

The marathon was won by Albert Kangor from Kenya in 2:32:26, followed by Andrea Lazzarotti from Italy in 2:50:11 and Harris Khelawon from Mauritius in 2:50:51. Also attending the event was top Kenyan runner Geoffrey Ronoh, training-partner and pacemaker for marathon world record holder Dennis Kimetto and former marathon world record holder Wilson Kipsang. Unfortunately, Geoffrey was unable to run the Mauritius event due to an injury, but says he would love to come back!

Nancy Koech from Kenya took the women's half marathon with her 1:17:35. She won the Copenhagen Marathon earlier this year and is now preparing for the Münster Marathon in Germany on 6 September. Second on the podium was Isabelle Lebreton (Réunion, 1:32:15) and Tanya third. The fastest man in the half was Aki Nummela (Finland, 1:12:16), ahead of Eric Watson from Australia and Didier Hoarau from France.

The winner of the 10km was Sören Schulz from Germany, followed by Yohann Oodun from Mauritius and South Africa's Gustav Brink. For the full list of results, click the link below…
https://www.modernathlete.co.za/results/mauritius-marathon-2015

The winners of the marathon received an air ticket to Mauritius and stay at the Marathon Hotel Tamassa for the next Mauritius Marathon, which will be held on 17 July 2016, as well as a cash prize.

The Mauritius Marathon offers not only one of the most beautiful courses of the world, following the coastal road on the shores of the Indian Ocean, but also a very personal atmosphere. Also, the organisers give the runners the opportunity to take part in local cultural events to get to know the Mauritian people and culture while also enjoying the natural splendour of the island. One of these activities is climbing the mystic Mountain Le Morne, which is a UNESCO World Heritage site.