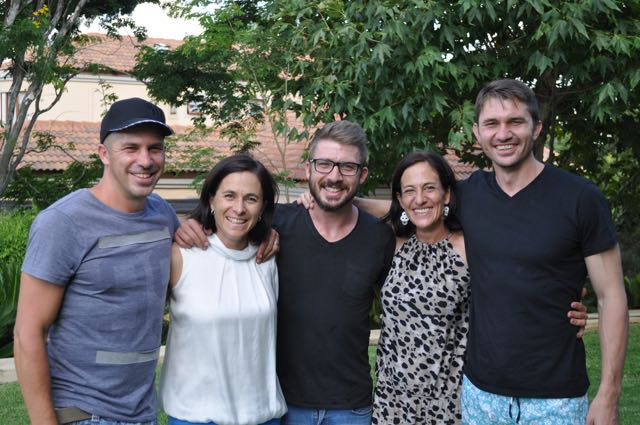 It's a story, and an important one to all of us. A story involving five siblings – same mom, same dad, same common goal, to participate and complete the Ultimate Human Race, the Comrades Marathon 2015. – BY CARLA TRUMAN

There were five of us, starting with the oldest siblings, the two girls, Nadja Payne and Carla Truman, who were both running the Comrades for the first time this year, and both being mommies of four precious children. The next in line, and the stalwart of the group, was Peter Toich, also a dad to four beautiful children, having already completed seven Comrades and this year going for his lucky number eight. Then there was Stephen Toich, the new daddy in the group, who would be running his third Comrades this year, and last but certainly not least, the 'baby’ brother, Joe Toich, who had completed three comrades and would be going for number four.

The story wouldn't be complete without mentioning our dear mom and dad, Monica and Nic Toich, who have always supported the Comrades Marathon. Our TV was always tuned into the Comrades the whole day, a fond childhood memory for us all. They have supported along the route every year that one of their children has participated, but unfortunately would not be travelling to KZN this year, due to our father’s restricted mobility. They would, however, be with us in spirit, and (most likely) be glued to the TV at the 'Comrades get-together' at our Pretoria home that day. They are truly parents that have lived the saying, “Aim to inspire rather than to teach.”

And so we came home together, all five of us clocking 11:49:47, give or take a second. We also have our own families to be thankful for, for the love and support that we have each received during the long training months. We all feel deeply grateful that we could be there on the starting line, injury-free, and it was indeed a privilege to be part of such a beautiful race, and even more so to finish together!