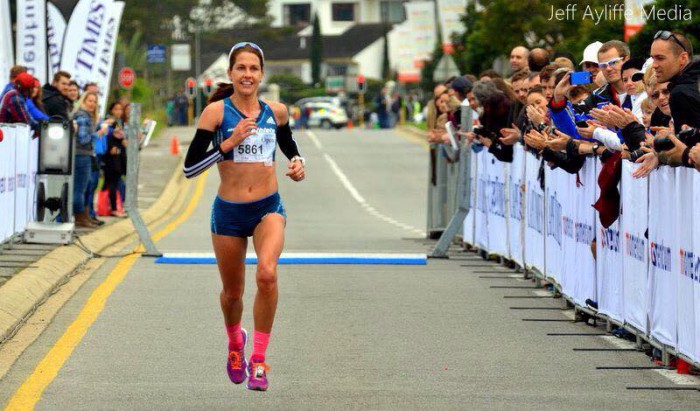 Running in her Modern Athlete colours, Rene Kalmer ran away with the win in the popular Momentum Cape Times Knysna Forest Half Marathon on 11 July). She clocked 1:19:09 to win comfortably from Andre Steyn (1:23:44), who was gunning for the win in the Big Five Challenge that encompassed five different events in the Pick n Pay Knysna Oyster Festival, while third place went to recent Comrades Marathon runner-up Charne Bosman (1:24:23).

The men’s half marathon title went to Tshepo Ramonene of Lesotho in 1:06:06, who outkicked Etienne Plaatjies (Nedbank) in the final kays to win by a clear minute. Third place went to top trail runner Michael Bailey, now running in RAC colours, who crossed the line in 1:12:24. The next two positions went to more Big Five contenders, Travis Johnston and Stuart Marais.

The Knysna Forest Marathon is one of the toughest on the SA calendar, but Lesotho’s Tsepang Ramonene made light work of it to win in 2:25:28, well ahead of Eric Sigxashe (2:34:55), who was followed home by former Two Oceans Ultra-marathon winner George Ntshiliza (2:37:41) and local hero Lindile Tokota (2:42:34). The women’s race was a considerably tighter affair, with Candice-Lee Davison of Harfield Harriers taking the win in 3:23:05 and being followed home by Nedbank’s Ursula Frans (3:23:27) and Helen Squirrell (3:23:36).