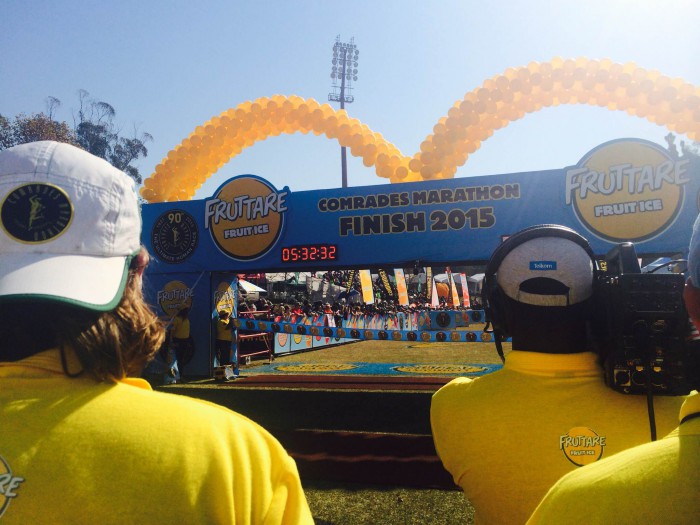 2015 will be remembered as the year South African athletes took back ownership of the Comrades.
With their victories in the men’s as well as the women’s race from Durban to Pietermaritzburg, Gift Kelehe and Caroline Wöstmann were the two main protagonists in this ‘historic fight back'. Kelehe won in a time of 5 hours 38 minutes and 36 seconds and Wöstmann won in 6:12:22. Wöstmann’s winning time was about three minutes outside Elena Nurgalieva’s up-run record in 2006.

Actually this year's Comrades was a race of ‘firsts’.

It was the first time since 1992 that South African athletes managed to win the men’s as well as the women’s race.

It was the first time since 1998 that a South African woman won the Comrades.

It was the first time since 1993 that two South African women finished first and second.

As if this is not enough, there is still another first worth mentioning. When Gift Kelehe won he made history because he and his brother, Andrew, are the first brothers to win the Comrades. Andrew Kelehe won in 2001.

Another interesting statistic is that Wöstmann has become only the fourth athlete ever to win the Two Oceans and the Comrades in the same year. Derek Preiss (1974 and 1975), Frith van der Merwe (1989) and Elena Nurgalieva (Russia – 2004 and 2012) are the only other athletes who were able to accomplish this feat.

Lindsey Parry, coach at the High Performance Centre (hpc), certainly played a major role in bringing about these ‘firsts’ because he coaches both Wöstmann and Charné Bosman. Bosman, who finished second (6:33:21), is sponsored by Nedbank and Tuks/hpc. She improved her previous best Comrades time by about 20 minutes.

Wöstmann certainly gave the impression that she was enjoying her day out on the road. She never stopped smiling during the entire race.

What was interesting about her performance was that she took the lead quite early, definitely earlier than Parry and she had planned for her to do. Parry wanted her to take control over the last 30 kilometres but she was in the lead well before then.

Wöstmann admits that she battled over the last 20 kilometres and that it was only guts and perseverance that kept her going.

After she finished she laid down flat on her back, but never stopped smiling.

“It was a wonderful day with me winning and Charné finishing second, especially because it has been such a long time since South African female athletes were able to do so.

“I did take the lead earlier than planned, but I knew what I was capable of. Right now my body is aching all over but winning makes all the pain worthwhile,” Wöstmann said.

She was full of praise for Parry.

“Before Lindsey started to coach me I was constantly sore after a hard workout. A month after he started coaching me I stopped hurting. I think it has to do with the way he structures his training program.

“Another big difference about the way he coaches was that we did not do that many quality sessions but when we did so it was really hard.

As coach, Parry is reluctant to take credit for the feats of Wöstmann, and Bosman.
“I think I was fortunate to grow up in a house with a father who was a runner. I have been running since I was five years old and started coaching when I was 19. I have experimented on myself and on friends over the years and through my studies I have learned how the human body works,” said Parry.

His own best time in the Two Oceans is 3 hours 58 minutes and in the Comrades it is 7 hours 11 minutes.

“In the past I have made many mistakes as a coach. It was only during the past three years that I began to get things right more often than wrong.

“One thing I have learned from coaching is that when you are standing on the top of a mountain it is very easy to fall back to the bottom. So we need to stay grounded and not get ahead of ourselves. We should also make sure that we keep on learning all the time.”