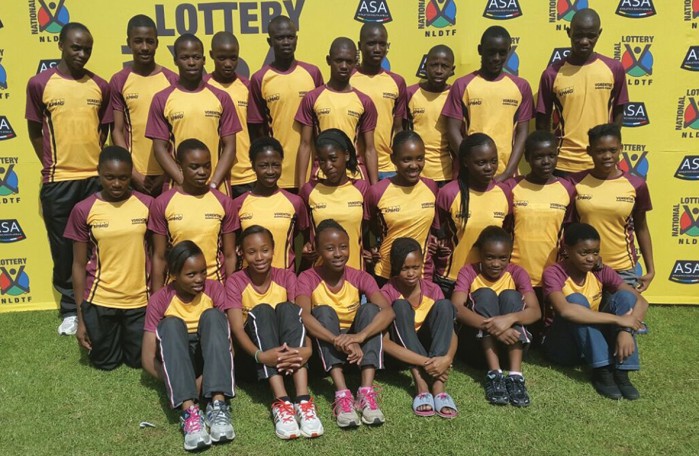 Without investment, no one will reap the rewards… That’s what KPMG Financial Services Director Pierre Jacobs has always believed in, and why he’s invested in the KPMG-Vorentoe Running Academy, a platform where the country’s young middle-distance stars can flourish.

When the government withdrew its funding in 2013, it looked like the end of the Vorentoe Running Academy, based at Vorentoe High School in Johannesburg under Coach Hans Saestad. Fortunately, KPMG stepped up to the plate in 2014 with funding and today the academy consists of a group of 36 boys and girls – a vastly different picture to the handful when it started in 2000. “It’s rewarding to see this group of young athletes becoming fantastic people. They train hard and it’s our hope to make it easier for them,” says Pierre, who is justifiably proud of the success the academy has seen. This includes scooping the Best School Sports Team in the country at the prestigious South African Sports Awards last year, and sending a group of athletes to last month’s IAAF World Cross Country Championships. The academy also scooped up a whopping 19 medals at the recent SA Champs in Bloemfontein last month.

“We pay for the athletes’ school fees, food, medical expenses, training camps, travel expenses as well as transport to their homes. We’re also supplementing the salaries of coaches, cooks and teachers involved, making sure the athletes have proper after-school care, too.” Also in the pipeline is distribution of vitamins and minerals for the year as well as sanitary packs every month for the girls.

Tangible Change
Pierre adds that it’s the importance of assisting in all areas of an athlete’s life that remains the backbone of the programme, and that it’s not just about the hours spent with Hans on the track, it’s also about giving the athletes the tutoring they need to transition from teenager to adult. “A lot of our athletes don’t come from good schools, so there’s a gap when they arrive at Vorentoe. Now staff are tutoring the athletes in Afrikaans, English and Maths, with improved results,” says Pierre, who cites one of the academy’s brightest talents, cross-country star Tumisang Monnatlala, as a success story. “His Maths percentage was low, but after three months of tutoring, his marks went up!”

Another project this year will be upgrading the girls’ accommodation and ablution blocks. Instead of the ice-cold, concrete ablutions building that they have to walk a good 100m to reach each morning, there are funds to make it more comfortable and welcoming.

The Next Step
“We want to focus on what the athletes do after school, where they can step it up on the international stage,” says Pierre, which is why he and the Academy leaders are also in talks with running legend Elana Meyer and Endurocad to potentially bring the academy athletes into the Endurocad programme for more senior, long-distance athletes. However, for now Pierre says it’s about baby steps to maintain the academy’s top performance at the SA Schools Champs, and then to get the academy’s athletes exposed to international competition.

“If you expect these athletes to perform, the least you can give them is decent accommodation, food and medical back-up,” says Pierre. “There’s a buzz around running and all that this country needs is a willingness to mobilise that enthusiasm, but we need to keep these youngsters in the system, and we’re committed to giving them the opportunities.”

For more info on the project or to get involved in any way, contact Pierre on pierre.jacobs@kpmg.co.za