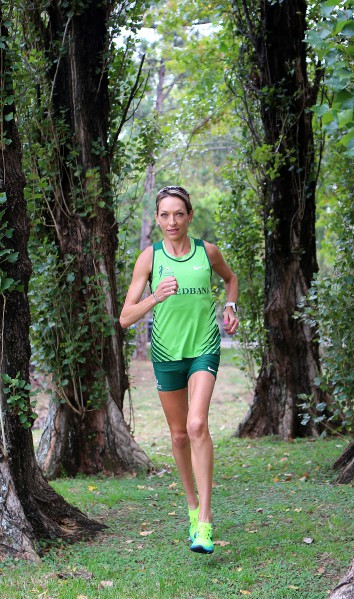 Charné Bosman (Nedbank) could just be the proverbial “Joker” on Sunday in the women’s Comrades-race and cause an upset nobody expected.

In the build-up to the Comrades she purposely chose to ‘fly under the radar’ because she did not want to race to people’s expectations. In fact, if she could have it her way, she would run every step of the way from Durban to Pietermaritzburg according to the lyrics of Frank Sinatra’s great hit – My Way:

“Regrets, I've had a few; But then again, too few to mention; I did what I had to do and saw it through without exemption; I planned each charted course, each careful step along the byway; And more, much more than this, I did it my way.”

Bosman reiterated that she plans to run her own race.

“I am not going to allow the Russians, or for that matter any other athlete, to steal my energy.”
The Tuks/hpc athlete made it clear that she has paid her ‘school fees’ as far as running the Comrades is concerned. She remembers her first Comrades race in 2013 as a case of ‘fools rushing in where angels fear to tread’. She actually did very well by finishing in fifth place which was the best performance by a South African female athlete.

“It was quite an experience. I did everything wrong. For example I had no race-plan. I just ran according to how I felt and that turned out to be a big mistake. I ended up running too fast when I should in fact have been saving my energy for when it mattered. I was also clueless about the Comrades route. I only found out where Fields Hill was when a fellow athlete told me. It was at Fields Hill where I started making mistakes. I ran at a pace of 4 minutes per kilometre when I should in fact have run at 4:20 minutes per kilometre.

“When I got to the 60km marker my legs were dead. The only thing that kept me going was the fact that I am no quitter. Luckily I recovered towards the end of the race. It was only afterwards, when I read the book by the Comrades legend, Bruce Fordyce, that I realized how naïve I was going into my first Comrades.

Bosman has no fond memories about last year’s Comrades either. Unfortunately, she collapsed during the race because of a dysfunctional thyroid. She was unconscious for a few minutes and had to ‘finish’ her race in an ambulance.

Her thyroid gland was checked this week and according the doctor she has nothing to worry about.
According to Bosman her preparation has been going well. This is mainly thanks to the input of Lindsey Parry, coach at the High Performance Centre (hpc) in Pretoria.

“During the short time that Lindsey has been coaching me he made me realize the importance of sticking to a definite training plan, as well as a definite race plan. Every kilometre I ran in preparation for the Comrades has been carefully planned by Lindsey with a sound motivation as to why I am doing it. For Comrades he has worked out a definite race strategy and I know that if I stick to it I am bound to have a good race. My main goal is have a strong finish.”

According to Bosman she is eagerly counting down the final days to the Comrades.
“It is now nice getting up each morning knowing that the kilometres I need to run in training are getting less and less.”