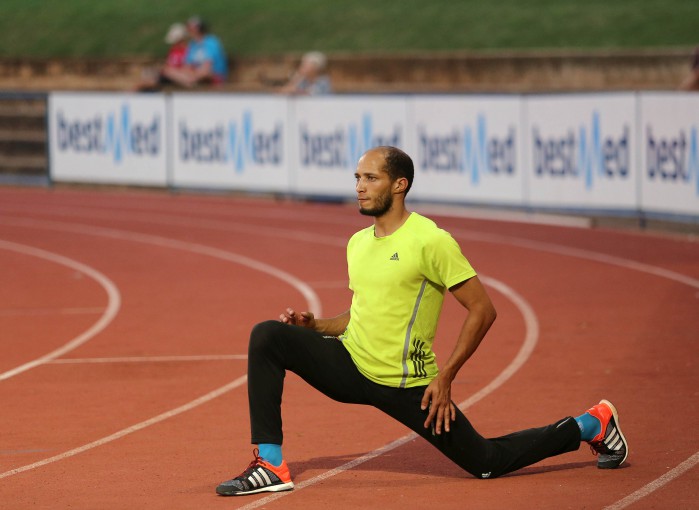 An Achilles heel injury will prevent Cornel Fredericks from defending his 400-hurdles title next week at the South African Athletics Championships in Stellenbosch.

Because of the seriousness of his injury Fredericks will not be able to do any running on the track for the next 4-6 weeks and he was forced to cancel his international campaign. Depending on his rehabilitation the earliest he will be able to race again could be middle June, maybe even later.

In spite of his setback Fredericks is confident that his season will not be a total write-off. He still hopes to be able to represent South Africa at the World Championships in Beijing.

Fredericks make no secret about his disappointed at not being able to defend his title.
“It will be the first time since 2005 that I will not compete at a national championship. It is one of only a few opportunities that I get to race in front of my own people and it is therefore very special.”

According to Fredericks he had been battling Achilles problems for the past two years.
“Last year it was my left Achilles that gave me problems but, because there was not really anything I could do about it except some stretches and going for physiotherapy, I continued to compete. At the end of my season I took a complete break from running for five weeks.

“This season my injury woes continued when my right Achilles started to become painful. At one stage it was so bad that even when I walked a few steps after waking up, I was in pain. A scan showed that there are little tears in my Achilles.

“The injuries proved to me that I am, after all, just human and that I should listen to my body and not try to run through the pain.

Fredericks is full of praise for the support he is receiving from the hpc, the South African Sports Confederation, the Olympic Committee (Sascoc), as well as from Wayne Coleman who is helping him with his rehabilitation.

Apart from his injuries, Fredericks is also not sure who his going to be his coach. There is a strong possibility that he will be coached by one of England’s top coaches but nothing has been finalized yet.

Last year Fredericks became the first South African athlete to win gold medals at the Commonwealth Games, the African Athletics Championships, as well as at the Continental Cup meeting in the same year.

Another highlight for Fredericks was finishing as the third-best 400-hurdles athlete in the IAAF Diamond League, which was in itself a great achievement.

Fredericks is also proud of the fact that he was able to run times faster than 49 seconds in seven of his 15 races last year.