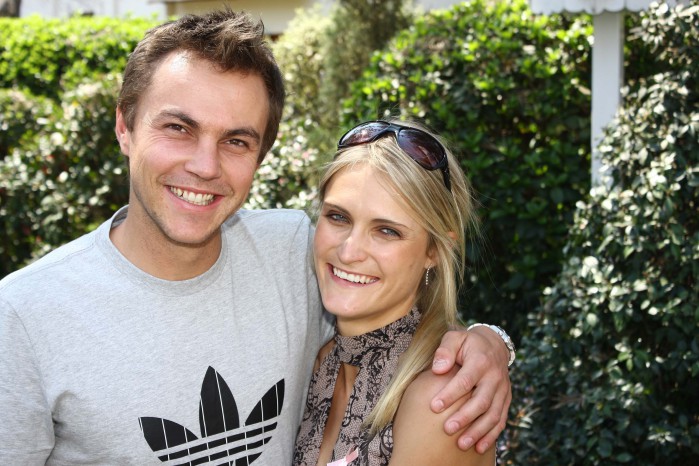 On Saturday Irvette van Zyl (Nedbank), the Olympic marathon athlete, will ‘run for two’ when she competes in the Two Oceans half-marathon. She is 16 weeks pregnant.

She makes it clear that she has no big expectations as far as results are concerned.
“I am just glad that I am able to run. During the past few weeks I have learned a lot about how my body works. At the moment I seem to have ‘fat days’ and ‘slim days’ when I am running. On Sunday at the Spar 10km race in Cape Town it was a ‘fat day’. I started off quite well and after five kilometres I thought I would easily run a time of 35 minutes but then, over the last four kilometres, I became ‘unhinged’.

“I would be happy if I could run a time of around 78 minutes on Saturday, but a time closer to 76 minutes would of course be far better because then I would have a chance of a top-ten finish,” the athlete from the High Performance Centre (hpc) said.

Van Zyl admits that her pregnancy caught her husband, LJ, and herself off guard.
“Don’t get me wrong. The thought of becoming parents is exciting and both of us are looking forward to the beginning of a new chapter in our lives. However, it was not really planned. LJ and I were both focussed on trying to qualify for next year’s Olympic Games in Rio. I really thought this was going to be my year, especially after running a 74 minute half-marathon in the beginning of the year. Even after finding out that I was pregnant the plan was still for me to try to qualify for the Olympics in Vienna on 11 April. I discussed it with my doctor and she gave me the go-ahead, but unfortunately injuries and sickness forced me to withdraw from the race.

“I guess I will have to do what I did in 2012 when I selected one race in the Olympic year and gave it my all in an effort to qualify. If I do not qualify, it won’t be the end of the world. Then I will go to Rio just to support LJ. He better run fast.”

Van Zyl said she aims to be running for as long as possible.

“Actually I need to run to keep my sanity. I have discussed it with my doctor and she is keen for me to continue running as long as I don’t overdo things. I need to listen to my body and watch out for any warning signs. That is why I do my runs either early in the morning or late in the afternoon when it is not so hot. I should love to compete in all the Spar races but I am not sure whether it would be possible. By August I might be too big to run and I guess I will get slower and slower as well.”
If everything goes according to plan, the Van Zyls’ big day will be early in September.

According to Van Zyl she does not know yet whether she is expecting a boy or a girl.
“All I know is that the baby has very big feet. Maybe it will be a swimmer.”