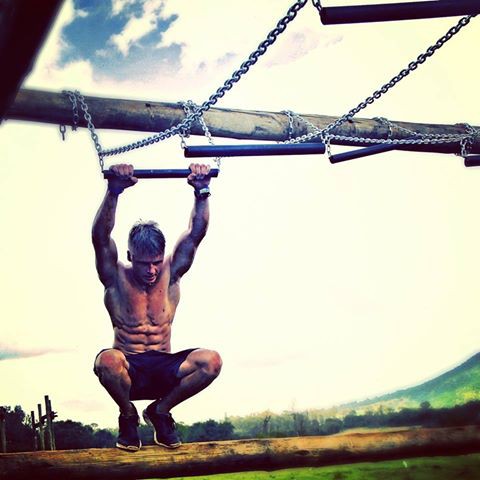 An epic weekend for the all-new Jeep Team SA saw the athletes representing across the country in the various sporting codes and living the Jeep brand to the full.

Thomas van Tonder and Jay Jay Deysel claimed first and second in Race#1 of the Jeep Warrior Series; while Hank McGregor won the SA K1 River Championships and was shortlisted for the World Paddle Awards’ Sportsman of the Year. In BMX, 15-year-old Alex Dolman raced to a second place finish at Kempton Park, Gauteng, in the Elite Men’s category, while Jeep Team’s MTB athletes, Dylan Rebello and Thinus Redelinghuys, both finished in the Top 20 after facing fierce international and local competition in Race#1 of Ashburton Investments’ National MTB Series.

Jeep Team’s Thomas van Tonder dominated Race#1 of the Jeep Warrior Race from start to finish, claiming victory in one hour, 54 minutes – the only athlete to finish in less than 2 hours. Team mate, Jay Jay Deysel, clawed his way back to the front of the field after a consistent start to take 2nd place on the podium to give the newly formed professional Jeep Team SA OCR squad the best result that they could have hoped for going into the 2015 Jeep Warrior Season.

Says Van Tonder, “The way this event, and the sport has grown over the last two years has been amazing. Companies like Jeep jumping on board, pushing it along, definitely goes a long way.”

Unfortunately, Dominique D’Oliveira, Jeep Team’s female OCR athlete and last year’s Jeep Warrior Series Elite Ladies winner, had to pull out within the first 100m of the start line due to a calf muscle injury.

Jeep Team’s Hlubi Mboya showed pure class in the Warrior Series’ Commando Race, storming across the finish line in just over 1 hour and 44 minutes with a huge smile on her face and nothing but good things to say about her Jeep Warrior Race experience.

Jeep Team’s Multiple World Marathon Champion, Hank McGregor, has been shortlisted for the Sportsman of the Year Award in the 2014 World Paddle Awards as voted by the public and Awards committee. The other two contenders are Fabien Lefevre (Slalom Canoe World Champion) and

Sebastian Brendel (reigning Olympic champion in sprint canoeing). Winners will be announced at the World Paddle Awards ceremony, taking place on 9 May in Augsburg, Germany.

On the racing front, McGregor continues to shine; this weekend winning the two-day SA K1 River Championships in a time of 4:40:56 on the Klip River Race in Gauteng. Siseko Ntondini (4:43:54) finished second, followed by Thando Ngamlana (4:43:55).

Says McGregor, “I went into the race blind but I had a really great time! It was super fun with surprises around every corner which was something that I really appreciated; it was a great adventure!”

In surfski, Jeep Team’s Barry Lewin finished third at the Thule Surfski Challenge (part of the Varsity College Marine Surfski Series) that took place on Friday, 30 January in Durban. Lewin finished in a time of 00:39:26, behind Matthew Bouman (00:37:26) and Wade Krieger (00:38:32).

Alex Dolman raced to a second place finish at Kempton Park, Gauteng, in the Elite Men’s category. This was another exceptional result for the 15-year-old racing out of category against South Africa’s best.

The three athletes were racing against a star-studded cast of some of the best MTB endurance athletes in the world, including former world champion Alban Lakata of Austria and his Topeak Ergon team mate, Kristian Hynek (Czech Republic), as well as South Africa’s Erik Kleinhans (Team RECM), Nico Bell (Team RECM) and Lourens Luus (Contego Swift).