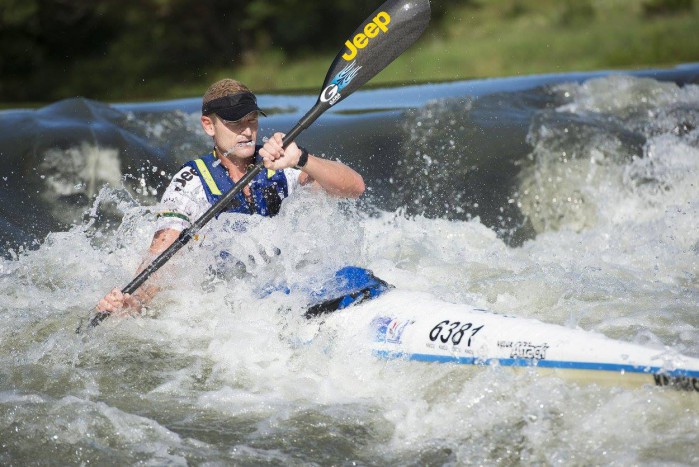 McGregor is the only South African who has been nominated for an award. The other two contenders in the category are: the United States’ Fabien Lefevre (Slalom Canoe World Champion) and Germany’s Sebastian Brendel (reigning Olympic champion in sprint canoeing).

The nomination adds to McGregor’s already star-studded list of achievements, including winning the SA K1 River Championships, which took place from 31 January to 1 February, at the Two Day Klip River Canoe Marathon, in Gauteng. McGregor finished in 4:40:56, followed by Siseko Ntondini (4:43:54) and Thando Ngamlana (4:43:55).

In September last year, McGregor rewrote the history books by becoming the first South African paddler to win both K1 and K2 gold medals at the ICF Canoe Marathon World Championships in the United States.

Says McGregor of his win at the weekend, “I went into the race blind but I had a really great time! It was super fun with surprises around every corner, which was something that I really appreciated. It was a great adventure!”

Later this month, McGregor will be competing in the Dusi Cano Marathon, happening from 19 – 21 February. The 2015 event is set to be a very different experience for the Dusi veteran as he will be racing in the
Mixed Socials category with his wife, Pippa. This is due to McGregor’s shift in focus away from races such as the Dusi Canoe Marathon, instead focusing on purist river marathons, flatwater marathons and surfski races as well as a bid to claim a sixth ICF Canoe Marathon world title.

“I don’t think I have ever started a paddling event socially. Ever. So it is going to be something new for me. If we can possibly win the husband-and-wife prize that would be a real cherry on the top!” says McGregor, who finished second in the 2014 K2 Dusi with partner Jasper Mocke and first in the Non-stop Dusi with partner, Sbonelo Zondi.

The winner of the Sportsman of the Year Award will be announced at the World Paddle Awards ceremony, taking place on 9 May in Augsburg, Germany.