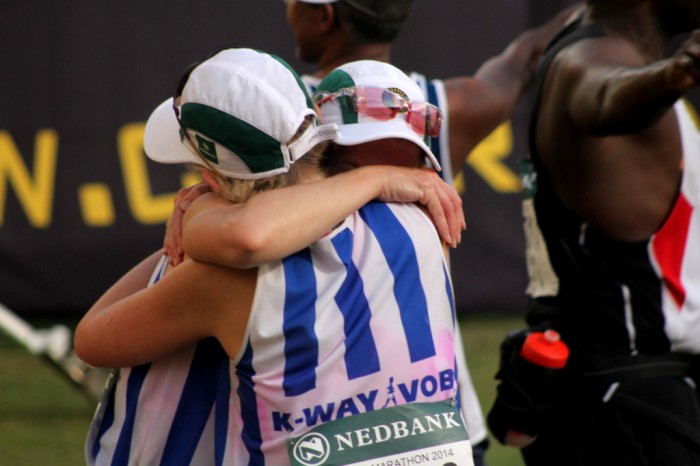 Entries for the 90th Comrades Marathon will close at month end or as soon as the cap of 23000 has been reached. The Comrades Marathon Association (CMA) has announced that more than 14230 entries have already been received since the entry process opened on 1 September 2014.

This means that less than 9000 entries are available before the overall entry process closes at the end of November or as soon as the cap has been reached. Thereafter, no entries will be accepted so runners are urged to enter as soon as possible or risk missing out.
CMA Race Director, Rowyn James says, ‘The 90th Comrades Marathon is going to be a very special one for us and our runners. We urge our runners to be a part of next year’s event on Sunday, 31 May 2015.’

The cost to South African runners is R380. Runners from the Rest of Africa will be charged an entry fee of R600 while all other International athletes will pay R2000. The entry requirements, which are clearly indicated on the entry form, must be adhered to at all times.

Entries may be made as follows:
· online via the Comrades Marathon website: www.comrades.com;
· by posting the completed entry form with proof of payment to the CMA Office in Pietermaritzburg: P.O. Box 100621, Scottsville, 3209;
· by handing in the completed entry form together with payment at the CMA office in Pietermaritzburg: 18 Connaught Road, Scottsville.

Runners may enter the race before running a qualifying marathon (minimum qualifying distance of 42.2km run in under 5 hours) which must be run between 1 August 2014 and 3 May 2015. Please note that the 2014 Comrades Marathon will not be an automatic qualifier for the 2015 race. Qualifying details must be submitted to the CMA by 5 May 2015.


The 90th edition of the world’s biggest and oldest ultra-marathon will be an ‘up-run’, starting at the Durban City Hall and ending at the Oval Cricket Stadium in Pietermaritzburg.
The Substitution window period will be from 1 – 21 April 2015.