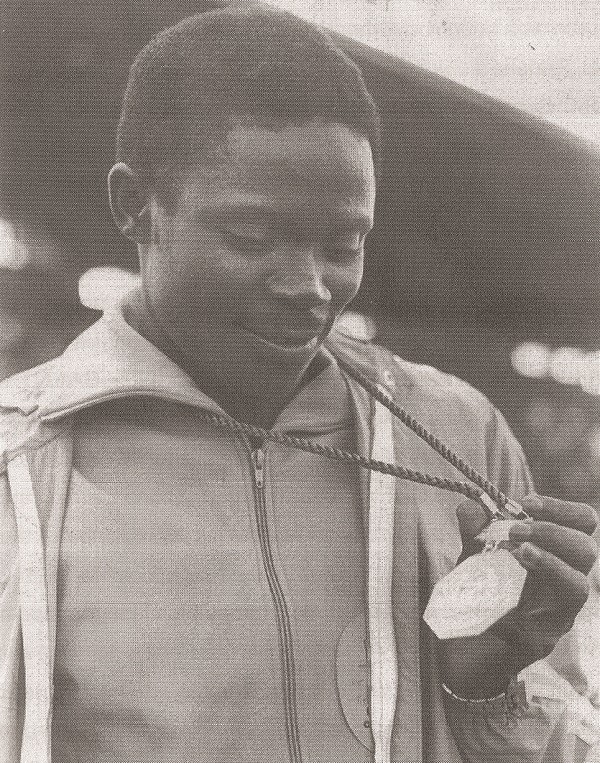 In April 1974, a 32-year-old Titus Mamabolo from GaMolepo in Limpopo became the first black athlete to win an ‘open’ national title in Apartheid-era South Africa when he won the 5000m by outrunning pre-race favourite, Springbok Ewald Bonzet. In later years, he went on to become a record-breaking marathon athlete as well.– BY LAUREN VAN DER VYVER

MA: It’s been 40 years since that epic tussle with Ewald Bonzet, which came just a month after you won the Segregated Championships 5000m title as well. What was it like having a victory like that under your belt?

Titus:Pilditch Stadium in Pretoria had around 5000 people coming to watch and a lot of the crowd were behind me! That was South African athletics those days. I always knew it was going to be tough because back then the competition was strong.

Before the 5000m event, I thought I would feed off the crowd and it helped me to the finish.

MA: Where did your love of running come from?

Titus:I started running in Standard 6 in GaMolepo, but it really started when I was 15. After school, I moved to Pretoria to look for a job and started taking the sport a little more seriously, and in 1963 I joined a running club in Mamelodi. I remember joining the team one weekend for this one-mile race and I was runner-up to Edward Setshedi. Everyone was so surprised at how well I did.

After that, I represented Northern Transvaal in Welkom and did quite well. I was just doing it for fun, but Edward said I should train harder. Then it just went quickly – racing on track, cross-country and then travelling overseas on 15 occasions for South Africa. I remember visiting West Germany, Italy, North America and Brazil. There was so much support for us black athletes!

Titus:Honestly, I was tired. Three times a year, we’d be off travelling overseas and there was nothing else to prove. So my last track event was in Welkom in ’76 and I won it with the crowd behind me again. Then it was a 10-year layoff from the sport, until in 1985, I decided to look at taking on marathons.

MA: And it clicked! In 1991, you broke the SA masters’ record in Durban – and your record still stands today. That must have been something…

Titus:It was one of my greatest moments. I asked someone what the masters’ record was and it was 2:19.40, and I told everyone I’d break it. I finished in 2:19.29. It was just after I turned 50, too, so it was very special. I was in very good form back then, but people were surprised that I was that quick. The transition was easy from the track to the longer distances. My first few marathon attempts were slow, but then it improved. I think when I came back in 1985, I wanted a new challenge.

MA: Your grandson Ludwick seems to have taken after you with stellar performances in the last few years, especially his Comrades Marathon win in 2012. Do you lend him any advice?

Titus:He is such a talent and it’s so good for South Africa. I tell him to take it easy and keep focused. He had that mindset when he won Comrades. The talent has been passed down. My mother and uncle used to run well and we are all hard workers. I used to train everyday in my peak and people thought I was crazy, but I wanted to be the best!

MA: In 2001, you finally retired from competition. What are you doing today?

Titus:Running will never leave me, so I’m focused on development. In Lebowakgomo, where I live in Limpopo now, I’ve been training athletes from ages 10 to 17 for three years. As a coach, I tell them to stay away from drugs and alcohol so they can stay focused to make a future for themselves. Now we’re looking for sponsors so the young athletes can travel to compete more.

2 thoughts on “Titus the Titan”