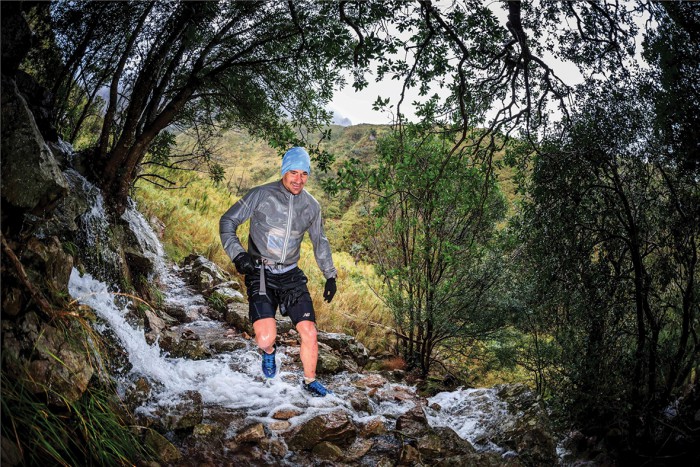 Top pro multisporter Stuart Marais finished fourth in his first 70.3 Half Ironman at the beginning of this year in Buffalo City, then pulled off his first win on the European circuit and went on to qualify for the 70.3 World Champs, but was unfortunately unable to go compete. Now he has set his sights on getting to Australia for the next World Champs.

With a successful first season of 70.3 racing behind him, Stuart reckons he has found his true triathlon niche, thanks largely to his running speed. “I don’t think the Half Iron is won or lost on the swim, and I usually come out in the second bunch, so I’ve been working really hard on the bike, because I believe the 70.3 is won by the most conserved biker, getting into the run fresher. I’ve changed my training dynamic to work towards that,” says Stuart. “I’m from a running background, and when I’m in form, there are very few guys who can run with me off the bike, so it is a great confidence-booster for me if I start the run amongst the top guys, because normally I can pull it through.”

Having raced 70.3s in SA, Europe and Malaysia, Stuart qualified for the 70.3 World Champs in Canada, but was forced to withdraw due to a fatigue problem, and says he‘d like to give it a ‘big knock’ again this coming season and get to the 2015 World Champs in Australia. “My 2015 season starts now in November, racing 70.3 Taiwan and a week later in Australia, so I’ll have two races under my belt before the year even gets going. Your five best races count and the top 50 guys qualify for World Champs, and that’s my main goal for 2015. Then in 2016 I want to be on the podium at World Champs!”

Stuart (29) lives in Stellenbosch with wife Beth and their one-year-old son Luke, with second son Seth due to be born this November. There’s a cute story as to how Stuart met Beth: A few years ago, when he was working as a bike mechanic at the BMT shop in Stellies, she brought her bike in for a service. “I actually stole her name and number off the job card, then phoned her and said I’m the guy who wants to take you for a bike ride, and she said yes. She’s a good triathlete and actually did Half Ironmans before me, but she’s put racing on hold while pregnant.”

Very much a family man, Stuart says each year his little family heads up the coast to Knysna in July while his family from the Eastern Cape come from the opposite side to meet midway for the annual Oyster Festival. While there they take part in the now highly competitive Big 5 Challenge, which combines the running, biking, paddling and swimming events in the week-long festival, as well as the Totalsports XTERRA Knysna event (run & bike only), which Stu has won the past few years. Going in as defending Big 5 Champion, Stu won the Featherbed Nature Reserve Trail run to kick-start his title defence this year and never looked back, but had to bend the knee to Dan Hugo in the XTERRA.

“The Big 5 is getting bigger year on year, and I really enjoyed every event I took part in, although it was bittersweet not winning the XTERRA – but it is never bad losing to Dan, and he was superb in XTERRA this year. The whole week in Knysna is a real family getaway and we all take part – my 60-year-old dad is a fanatical runner and this year he also did the Big 5. We ran the half marathon on his birthday, so I called him up on stage during the Big 5 prize-giving and they gave him a standing ovation!”

Looking ahead, Stu says he already has the next phase of his life planned once his competitive days are done. “I will join my dad on the family dairy farm in the Eastern Cape, but I’m really enjoying my sport for now and giving it a good tonk. I love my sport and I love farming, so I’m excited about both – but I’ll never leave the sport, I’ll always be involved in some way.”