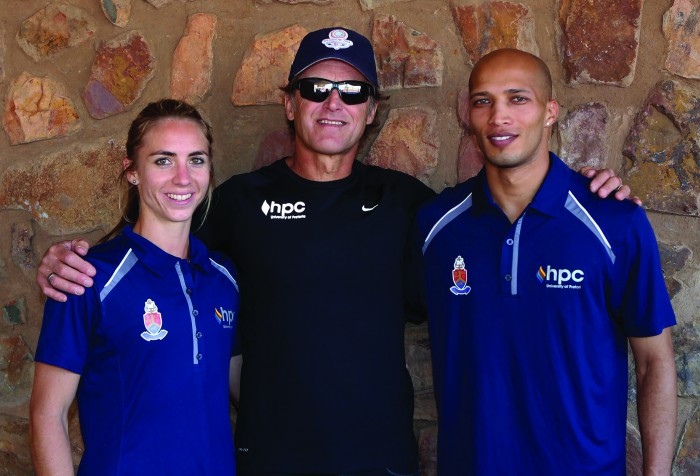 It’s been quite the season for 400m hurdler Cornel Fredericks, who clinched gold at the Commonwealth Games, African Champs and Continental Cup, and finished the prestigious IAAF Diamond League ranked third overall in his event. Now this humble athlete from the Overberg says it’s all about his desire to beat the best in the business.

MA: In 13 races this season, you’ve only once missed the podium. What stands out for you from your great year?

The Commonwealth Games was my big thing. Everything was new, but with the help of my coach Hennie Kotze and team, it made it easier to focus on my conditioning for track. The calibre of the field was strong, so I wanted to show everyone that I could perform at that level. On the morning of the final, I went into the warm-up area feeling one hundred percent, and I told Hennie that I wasn’t going to settle for anything less than gold, but when I went over the line, I didn’t know how to celebrate in the first five seconds! Another big moment was standing on that podium singing the national anthem, because that evening there were 70,000 people watching inside the stadium!

MA: Then you topped that off with more wins at the African Champs and Continental Cup. Did you feel any added pressure?

Definitely, but I was relaxed because I knew what I achieved in Glasgow and took that experience with me. The final was a close one, but I just came through with the win at the African Champs. Then in September, I represented Africa in my last race for the season at the Continental Cup. I became more focused as I went on in my season.

MA: This success must give you a lot of confidence about your chances at Rio 2016? Or are you more focused on immediate goals and races for now?

Next year’s World Champs in Beijing is the one to look to now. I’ve been to two World Championships – in 2011 I came fifth in the final, and last year I just missed it, coming ninth overall. My performances in 2014 showed that I can compete against the best and I have that desire to always finish on the podium. So for me to make a name for myself, I need to step it up and get a medal there. That’s what people remember.

MA: To what do you attribute your most recent success?

Every time I go home, I always take a few words from my parents. They told me to be fearless this season, and that’s how I went out in all my races. It’s a mental thing, too. After achieving podiums in a few races, that hunger grew. Going forward, it will be tough, because people expect more, but I’m up for any challenge. There is always pressure, but I have represented South Africa since 2005 at under-15 level, so that experience has helped me.

MA: Two of your former coaches have passed away in recent years. Has it spurred you on to perform for them, in their memory?

They have a special place in my heart. Mario Smit, who was killed in a car crash a few months ago, worked with me for four years in Stellenbosch. He was hard on me, but that’s the coaching I like. He motivated me to stand up against the big guys. My other coach, Bruce Longden from England, passed away a month before the Olympics in 2012. This year at the Commonwealth Games, as I was coming around the final bend, something Bruce told me came to mind, that I should stay tall and run as fast as I can.

MA: Is there somebody you really look up to in the sport?

My hero is Félix Sánchez of the Dominican Republic, who won two World Champs and Olympic golds. Now I’m competing against him! Off the track we’re good friends, and he always lends advice, but on the track I just want to beat him all the time, because I want to take over from him. Félix complimented me on my season and said I must look after myself and recover properly now, because I’m still young. To hear that from my role model is amazing!

MA: You seem to have found an extra gear this season. Any training secrets you can share with us?

It’s just hard work. I joined the High Performance Centre at Tuks in October 2012, moving from Stellenbosch, and it’s one of the best moves I’ve made. We have a good training group in Pretoria, with seven guys who have all competed on the world stage, so everyone motivates each other. We train at LC De Villiers in the off-season and we spend June to August in Europe for competitions. Our training is based on endurance work, but as the season goes on, we cut back and focus on speed sessions to sharpen before big competitions. I didn’t expect the success to happen so soon in my career, but I’m glad because I still have time to learn. I’m hungrier and want more medals.

MA: Is it good to be back in the country to recharge, or is it straight back to hard work?

I’m back to rest before starting up in the middle of October. I want to spend time with my family, who I don’t see during the year. They’re based in Caledon in the Overberg of the Cape, so catching up on news is going to be great. I will still be active, but nothing on the track – I will swim and cycle just to keep the body going. I don’t want to start from zero in October!

MA: You set your PB of 48.14 in 2011, and this year your best has been 48.25 when you won in Zurich in the IAAF Diamond League. Do you think you can you dip under 48 to become just the third South African to do so, and go after the SA record?

LJ Van Zyl broke Llewellyn Herbert’s 11-year-old SA record in 2011 with a 47.66. It will be tough, but I’m looking to break it in the future. Right now, I would like to improve my PB first and take it step by step. Hopefully one day when I have the perfect race, I can run under 48.