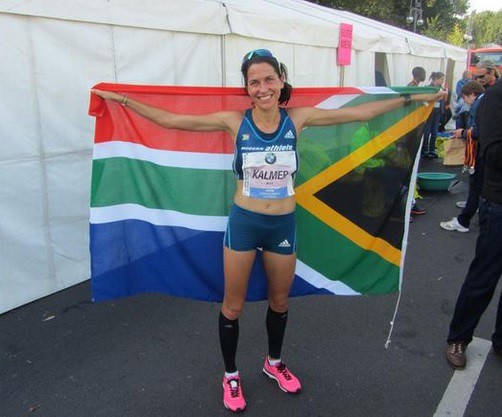 It was a first for Modern Athlete on Sunday, 28 September when South Africa’s Rene Kalmer lined up in her blue branded kit to represent South Africa’s largest running publication at the 41st BMW Berlin Marathon. In a strong women’s field, Kalmer clocked an impressive 2:29:27 in the German capital, crossing the line in 9th position. She also grabbed an emphatic PB, cutting a good 32 seconds off her three-year best. “I’m super happy! I felt really good throughout but battled over the last 6km,” she said, “but a PB is a PB!”

To cap it all off, the world also saw a new world marathon record set by Dennis Kimetto in the men’s race with a 2:02:57 finish – the first ever sub 2:03 time in a marathon! Again, the Berlin Marathon can boast to be the world’s fastest course.