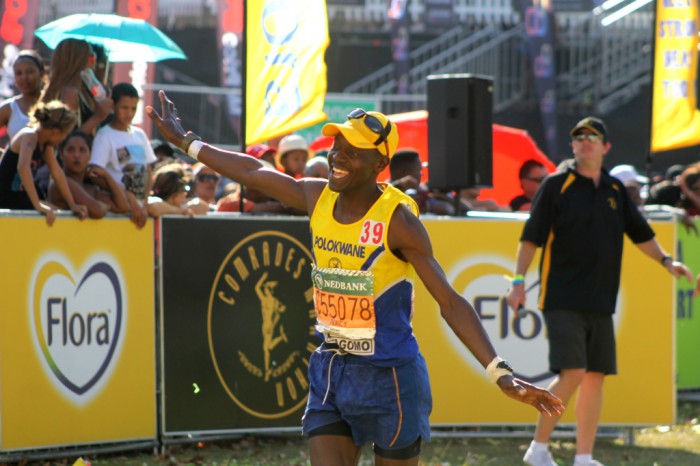 This means that just over 13,000 entries are available before the overall entry process closes at the end of November or as soon as the cap of 23000 entries has been reached. Thereafter, no entries will be accepted so runners are urged to enter as soon as possible or risk missing out.

Runners from the Rest of Africa will be charged an entry fee of R600 and the cost to International athletes is R2000. The entry requirements, which are clearly indicated on the entry form, must be adhered to at all times.

Entries may be made as follows:

·        online via the Comrades Marathon website:www.comrades.com;

·        by handing in the completed entry form together with payment at the CMA office in Pietermaritzburg: 18 Connaught Road, Scottsville.

Runners may enter the race before running a qualifying marathon (minimum qualifying distance of 42.2km run in under 5 hours) which must be run between 1 August 2014 and 3 May 2015. Please note that the 2014 Comrades Marathon will not be an automatic qualifier for the 2015 race.  Qualifying details must be submitted to the CMA by 5 May 2015.

The 90th edition of the world’s leading ultra-marathon is all set to showcase South Africa’s and the world’s ultra-runners once again come Sunday, 31 May 2015. Being an ‘up-run’, the race starts at the Durban City Hall at 05h30 and ends 12 hours later at the Oval Cricket Stadium in Pietermaritzburg.