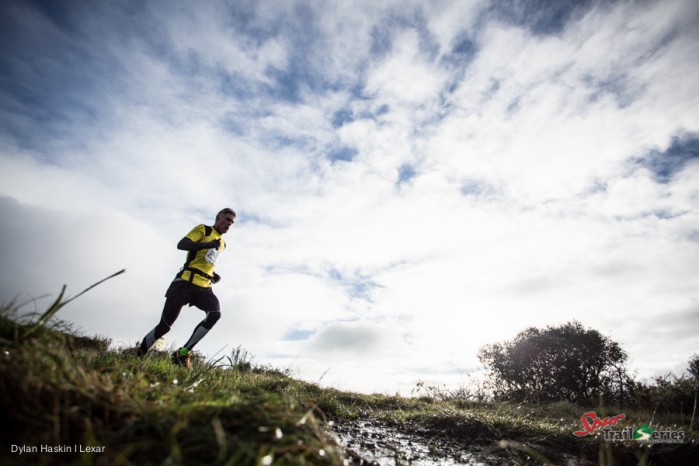 A little mud has never scared trail runners and the more than 800 runners who showed up for the second race of the Spur Cape Winter Trail Series™ certainly proved their mettle. Those brave souls who weren’t put of by the conditions were treated to a cold, wet and windy run and got to enjoy a muddy and slippery but, most of all, fun day on the trails.

Defending champion, Bernard Rukadza and local Durbanville resident, Liandi van der Westhuyzen both claimed their second victory in the Long Course Championship. Both have made their intentions in the Series clear and it’s going to take a massive effort from their closest rivals to take the Series from them after the halfway mark.

In the Short Course Challenge 13-year-old Mia Doyle from Somerset West continued to impress and claimed her second overall win of the Series. 16-year-old Dawood Goeieman from Brackenfell improved his third place at the first race of the Series and crossed the line first to set up an interesting duel in the rest of the Series between him, Riaan Wildskut and André Afrika.

A big thanks to sponsors, Spur Steak Ranches, adidas, Protea Hotels and BOS Ice Tea for making the Series possible and to all the runners who joined us for a memorable and muddy day out!

For a full report on the event click here. Full results can be found here and more photos here.

The Series moves on to the Taal Monument and Paarl Nature Reserve this weekend and with sunny skies predicted and entries sold out already it’s bound to be another great day for trail running!