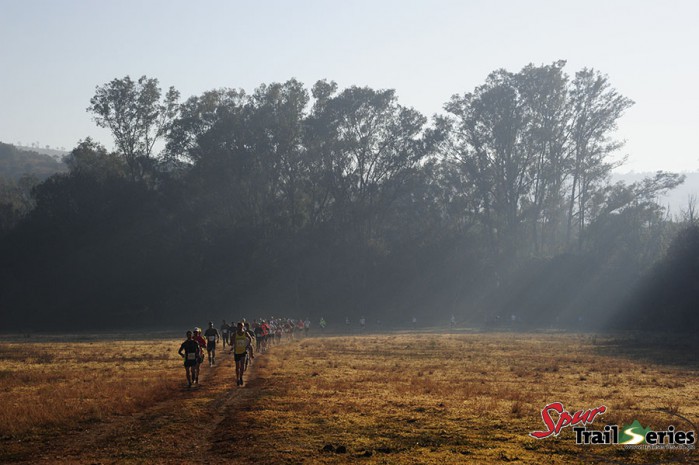 The Spur Gauteng Winter Trail Series™ carried on in style as race 2 provided more top notch running on the banks of the magnificent Hennops River. Though temperatures were a little more forgiving than they were at the first race of the Series, it was still an icy morning but Gauteng trail runners came in their droves nonetheless.

After an exciting race 1 last week, the ante was raised with the addition of the 20km XL race in addition to a 12km Long Course Championship race and a 6.5km Short Course race.

In the XL race, it was 25-year-old, Cornel van Heerden who took the spoils by dominating the race to win by over 7 minutes while Nicolette Griffioen romped home in equally dominating fashion to take the win in a time of 02:00:55.

Edwin Sesipi continued where he left off last week and secured his second straight win in the Long Course Championship, winning in a time of 55:52 – more than 10 minutes ahead of his closest competition! The ladies Long Course Championship made for some close competition but Anita O'Brien managed to pip Takalani Ndudani to the finish line. She finished in 01:14:55, just over a minute ahead of Takalani.

In the Men’s Short Course Challenge Race Ryan Mathaba once again proved to have too much in the tank and ran home in a time of 00:29:53 while Penny Taylor retained top spot on the podium in a time of 00:35:39.

The next race of the Series at Segwati has already sold out and promises to bring more excitement as Series leaders can wrap up their wins there. A big thanks to all of you who ran and big thanks to our sponsors, Spur Steak Ranches, adidas, BOS Ice Tea and Protea Hotels for their amazing support and energy.