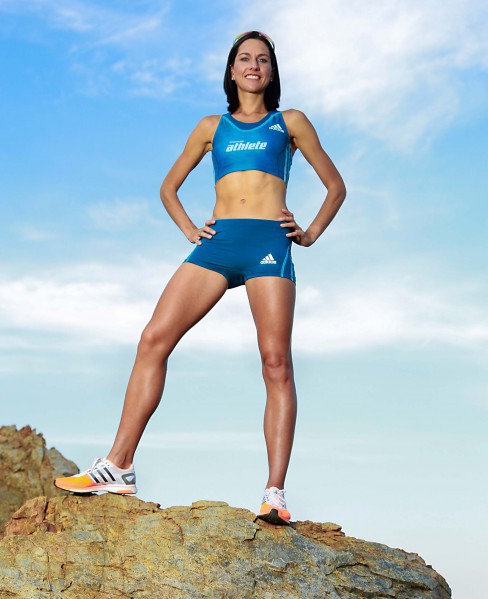 This weekend the second leg of the Spar Grand Prix took place in Port Elizabeth. Lebo Phalula continued her winning streak of Spar Cape Town and Two Oceans half marathon and won the race in a record time of 32:27min. This puts her in fourth on the SA all-time lists behind Elana Meyer (31:13), Colleen de Reuck (31:16) Zola Pieterse (32:20). I moved to 5th place with a time of 32:28min.

Lebo Phalula took the lead very early in the race, while myself, Mapaseka Makhanya and Gezashigh Gemeda from Ethiopia played cat and mouse throughout the race fighting for the remaining podium spots. Mapaseka and I worked together to drop Gemeda to ensure an all South African podium. I managed to break clear of Mapaseka in the final two kilometers and finished 2nd in 32:23 followed by Mapaseka in 32:28. I was really happy with my performance after finishing a disappointing 8th place at the Spar 10km in Cape Town.

It was also great to have Sonja Laxton back on the running scene after the horrific hit and run accident in November last year. Irvette van Zyl also made a good comeback, finishing 10th in 34:55 after being out of action for six months with a knee injury.

I'm looking forward to the next Spar 10km race, taking place in Durban on the 24th of August.