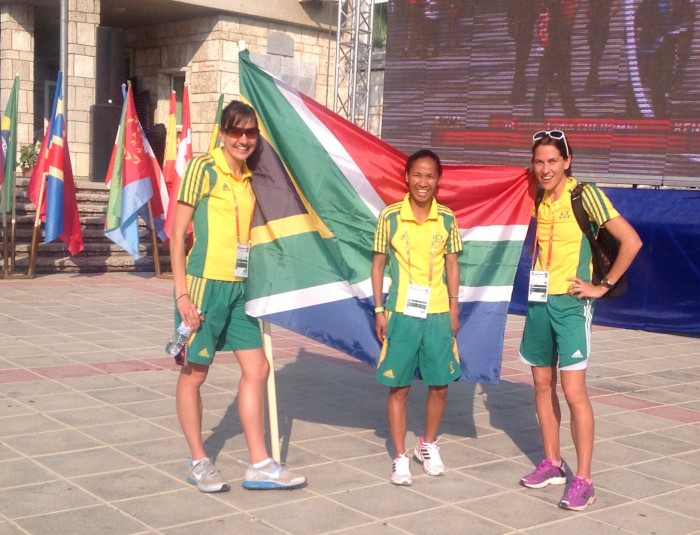 I’m very excited to eventually be on my way to Boulder, Colorado to take part in the Bolder Boulder 10km. Back in 1998 I received my first invite to race in Boulder which I had to decline as result of being in Matric and the pending exams. Part of the race consists of an International Team Challenge with three members from the same country in a team.

Over the years we tried many a time to enter a team but visas or injuries always hampered our plans to make this pilgrimage to the USA. I am very excited that Nolene Conrad, my sister Christine and I are taking part in the 36th edition of the race on Monday, 26th of May.

It is America’s all-time best (and biggest!) 10km race with more than 50 000 runners partaking in this American Memorial Day tradition. The favourite teams participating will be Ethiopia, Kenya, Eritrea, USA and of course Team RSA!

“Sea level is for sissies!” is the motto of the race! Hopefully the fact that all three of our team members stay and train in Johannesburg will assist in our efforts on Monday! The altitude in Boulder is 1600m which is very similar to the 1700m in Johannesburg.

After competing in the Bolder Boulder 10km, we will make our way to Albany, New York to compete in the Freihofer’s women’s 5km.