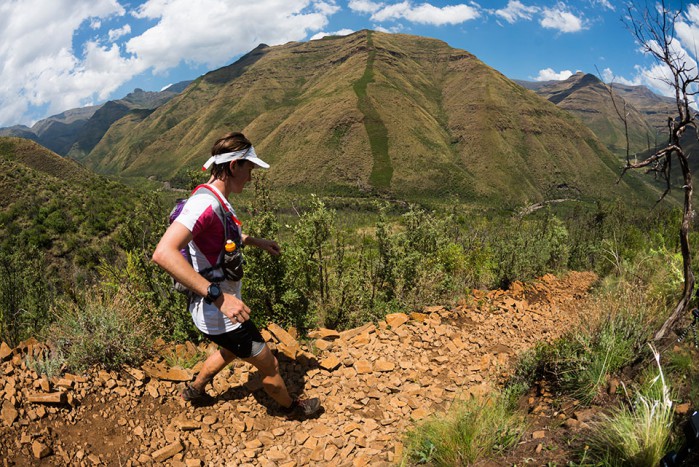 Africa’s first Ultra SkyMarathon® continues to move steadily onto world stage As entries for the 2014 Lesotho Ultra Trail continue to pour in from around the world, including Spain, Belgium, Austria, England, North America and Australia, as well as continued local interest from aspirant skyrunners in Southern Africa, the International Skyrunning Federation (ISF) has announced that Africa’s first Ultra SkyMarathon® will be recognised as one of their official World Ranking ultra races for 2014.

Being one of only thirty six top global events in this category, as well as one of only two events selected from the African continent, the Lesotho Ultra Trail heads into only its second year with already some big shoes to fill. Race director Andrew Booth of KZN Trail Running comments:

“The growth and interest in the Lesotho Ultra Trail has given the organising team confidence in the kind of race we are presenting. The nature of the challenge and remoteness of parts of the trail hold great allure. When you finish this race you know you’ve been on an adventure, the battle scars will tell you that.”

The elite runner field is also beginning to heat up with confirmation from current Skyrunner® World Series partners INOV-8 international, that UK-based team members Ben Abdelnoor and Tracy Dean will be making the trip down to the “Mountain Kingdom” to toe the staring line alongside some of South Africa’s top trail athletes including Kane Riley, Lucky Mia, defending men’s and women’s title holders Andrew Hagen and Tracy Zunckel, Su Don Wauchope, Meg Mackenzie and Iain Don Wauchope. Further interest has also been shown by the likes of American ultra runners Dakota Jones (winner of the 2012 Transvulcania) and Mike Wolfe (2nd at the 2013 Lavardo Ultra Trail) who missed last years event to a last minute change in itinerary.

Booth continues: “Having such a strong group of elite athletes at the Lesotho Ultra Trail makes race day very exciting, we are able to track the leaders progress through our radio communications network and we’ll be beaming this out to the world who continue to take a keen interest in our race.”

In the heart of the Lesotho Highlands lies the Maluti Mountains, some of the best terrain for high altitude running in the world. Serving as the “veins” of this region, an intricate network of trails exists along the valleys and mountain flanks, connecting many of the remote villages. Used primarily by livestock and shepherds, many of the mountain passes have been established by hand, allowing people and animals to pass through the Maluti Mountain Range on foot. It is this ancient philosophy of man’s primal need to explore and conquer his surrounding terrain that has lead to the development of the Lesotho Ultra Trail in 2013, a 50km high altitude skyrunning event, staged in the Tsehlanyane National Park, Lesotho.