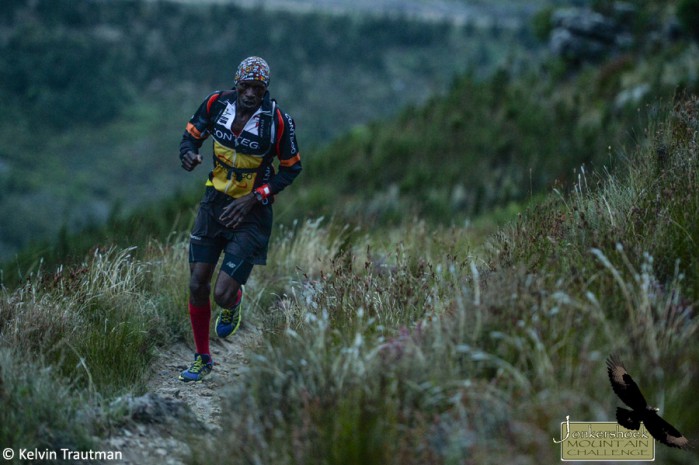 Bernard Rukadza, one of the top trail runners on the South African scene and the current ProNutro AfricanX Trail Run Champion, will be leading the charge for victory at the inaugural Richtersveld Wildrun, to be held from 4th – 7th June in the |Ai-|Ais/Richtersveld Transfrontier Park. The race will cover 150km over four days, taking competitors through unique, mountainous desert landscapes and climbing almost 3 500m over the total distance.

Bernard’s toughest competition will most likely come from American ultra-trail runner Matt Hart, who is travelling to the Richtersveld to experience this unique South African brand of trail running. Matt’s long list of achievements include finishing the Nolan’s 14 in 58 hours – 100 miles with over 5 800m of climb, first place in the Tahoe Rim Trail Challenge in 2012 and third place in the Wasatch Front 100 Mile Endurance Run.

“I am so excited about this opportunity to be taking part in this race and I will give it my best to secure a win for Africa” said an always-smiling Rukadza. Normally racing in the colours of his main sponsor Contego, for the Richtersveld Wildrun, Bernard will be running in the colours of Boundless Southern Africa – an initiative between nine Southern African countries that promotes the regions' Transfrontier Conservation Areas, of which the |Ai-|Ais/Richtersveld Transfrontier Park is a part.

Competitors at the inaugural Richtersveld Wildrun will get to experience a vast and unique range of terrain found nowhere else in the world. The |Ai-|Ais/Richtersveld Transfrontier Park covers an area both sides of the mighty Orange River between South Africa and Namibia. This geological boiling pot has resulted in a unique mountain desert unlike anything else in the world. Each day of this 150km, four-day journey is a rollercoaster ride of geological and natural splendour. From the heights of Hellkloof pass, to the granite slabs of Tatasberg, the green swathe of the Orange River, the gargoyles of Halfmens Ridge and the crystal fields of the Sendelingsdrif plateau – every kilometre is an experience within itself and is sure to leave competitors stumped for words.

“It has been a dream for a long time to present a Wildrun in the Richtersveld,” says Owen Middleton, founder and managing director of the trail running specialist company Wildrunner. “Being accessible only by 4×4, canoe or on foot, it’s perfect Wildrun country!”

For more information on the Richtersveld Wildrun and for daily updates, results and videos during the race, visit the website at www.wildrun.com.