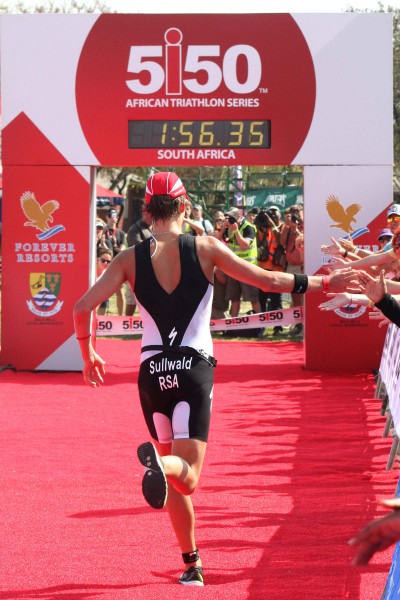 The bushveld bash in Bela Bela, the 5150 Bela Bela Triathlon is back this year on 23 August at Forever Resorts Warmbaths. Enter now and be part of South Africa’s fastest growing triathlon series and take on the 1.5km swim, 40km bike and 10km run.

Entries to one of South Africa’s new favourite triathlons are now open and another sell-out field is expected. The 2013 event saw record numbers with 1400 athletes competing to either qualify for the Hy-Vee 5150 US Championship, reach a personal best or simply have fun. Team entries are also allowed for those who are not quite ready to take on the full distance.

The 5150 Bela Bela Triathlon is the perfect way to start the new triathlon season and a great excuse to have that mid-year family getaway. Situated only two hours from Johannesburg and just over an hour from Pretoria, Forever Resorts Warmbaths is the ideal location for a fun weekend and great triathlon racing.

The 1.5km swim takes place in the Forever Resorts Warmbaths ski dam while the 40km bike takes athletes out of the resort before returning to complete the 10km run within the resort.

The 5150 series is the ideal starting platform for budding triathletes as the distances are manageable yet also long enough to be very competitive. The 5150 Bela Bela Triathlon is the first qualifier to the 2015 Hy-Vee 5150 US Championship offering an R85 000 prize purse, series points for professionals and 10 Hy-Vee 5150 US Championship qualifier slots for amateurs.

General entry is R880 for individuals and R1350 for teams. General entries run until midnight 25 July 2014 or until the race is sold out. Entries are limited to 1400 only. Enter today and be part of the excitement in Bela Bela this August. Enter online at www.5150.co.za.