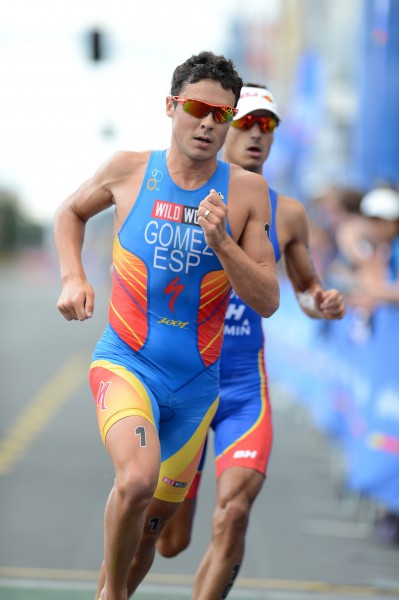 He hopes spectators pitch in their masses for the ITU’s Discovery World Triathlon Cape Town, because World Champion Javier Gomez believes all the world-class triathletes are ready to put on a show that won’t easily be forgotten.

The Cape Town event in the ITU World Triathlon Series will be held at the V&A Waterfront. The women’s race is on the Saturday (26 April) and the men on the Sunday (27 April).

Spain’s Gomez won the first race in the ITU World Triathlon Series in Auckland earlier in April. He is also the current World Champion. “It’s always great to start the season with a victory, but Auckland’s course really suits me and there is still seven races to come in the World Series.”

The Discovery World Triathlon Cape Town course is flat and promises some fast racing. “It’s going to be a very fast race with both the Brownlees (Alistair and Jonathan) in action. Competing against them never gets boring. They’re the best rivals I’ve ever had. They have no weak points. But also keep in mind that the gap between the three of us and the next group is not that big. Mario Mola won two World Cup events this season and Richard Murray is a super strong athlete – he’s had some chances. If you want to win an ITU race you have to be 100%”

Gomez believes that people should use this opportunity to come and witness some international triathlon action. “I think spectators will be surprised with the intensity of the race and how aggressive the athletes race. They’ll have many opportunities to see us with the laps and I really hope they come and enjoy the show.”

Even though Olympic distance races are sometimes less than 2 hours, Gomez warns that longer is not always harder. “The intensity of this kind of racing really hurts! It’s very intense, not to mention tactical. There are some very important decisions you have to make and when your heart rate is at 180 you’re not thinking that clear! You have to be fit, strong and smart.”

Gomez is ready to battle the Brownlees, Mola, Murray and the usual suspects for a victory in Cape Town. “It’s good to have both Alistair and Jonathan back. Because I won in Auckland, there is less pressure on me. I do like to keep going though and be on top of the podium again.”