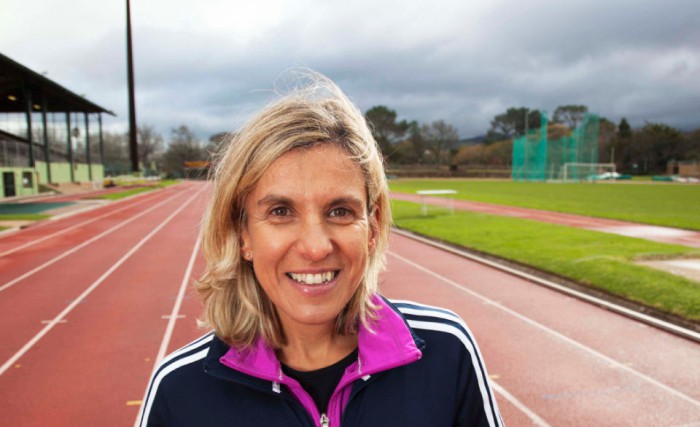 The 2014 Old Mutual Two Oceans Ultra Marathon will be a landmark race for two very well known South African long distance runners, as Elana Meyer takes on her first voyage, while Bruce Fordyce does his 30th!

For someone who has recently sustained an injury, nine-times Comrades Marathon winner Bruce Fordyce is remaining calm: “I was planning to run a sub-5:00 at my 30th Two Oceans, and my training was going beautifully until I decided to take on the youngsters at our club time trial and did something to the heel of my foot. I think I struck a stone with my left heel. I resorted to riding my mountain bike to keep my fitness levels up, but I might not be able to do the time I was hoping to do. Let’s face it, you will have to cycle for days to get the same fitness result as you do with running.”

Never one to panic, Bruce remarks that these things happen, and since it happened with more than a month till race day, he reckons he will be fine. “The worst that could happen is me running a little slower than I had planned. I would have been worried if it happened a week before race day, but there was enough time and I am feeling optimistic. At the end of the day, so what, if I don’t do a sub-5?” he says.


Former Olympic 10 000m silver medallist Elana Meyer only made the commitment to run the Two Oceans Ultra in January, and it will be her first race beyond the marathon distance, so she admits to being a little worried that it is such a long way, but says she is looking forward to the day. Elana also says she is not worried about her time: “My main objective is to raise funds and awareness for Endurocad, to support young and upcoming SA athletes.”

“The first month of training went pretty well, and I managed to lift my running from the casual four to five times a week to six solid days of running, including one long run. I ran my qualifying marathon at the Cango Marathon in Oudtshoorn in February. It went really well and I ran a comfortable 3:24. However, since the marathon I have had a niggly Achilles tendon bothering me, but I am very lucky to have my own in-house guru, Jacques Janse van Rensburg, who has been treating me regularly.”