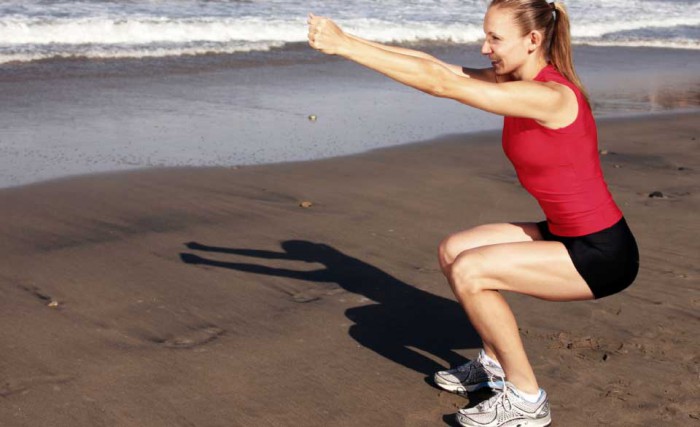 No matter where you go, you will see runners leaning against a wall, lamppost, park bench or car, statically stretching before a run, going through the stretching motions as part of their usual warm-up routine… but scientific research is proving over and over that stretching to warm up actually hampers your running performance.

Nobody is quite sure where or when it started, but somewhere along the way athletes were told that stretching before a run, workout or sports match would loosen up their muscles, thus making them better able to handle the exertion of the upcoming activity. Thus static stretching became part not only of many athletes’ warm-ups, but they also believed it would help protect against injury, as the muscles would have an increased range of motion and could better deal with repeated stress or sudden over-stretching.

However, in recent years, study after study has refuted the long-held belief that static stretching warms a muscle up. In fact, the research has shown that it can reduce muscle power, or slow you down, because your muscles are over-stretched and less elastic, and can actually increase the chances of pulling up with an injury. For runners who are already quite flexible, static stretching can even make them more injury-prone by pushing the joint too far, into a position which isn’t optimal for running.


In a massive study done in 2013 by researchers at the University of Zagreb in Croatia, which was recently published in The Scandinavian Journal of Medicine and Science in Sports, the research team analysed 104 studies where athletes only stretched statically to warm up before they jumped, sprinted, lifted or otherwise had their muscular strength and power tested, with no running or other warm-up activity. They calculated that static stretching actually reduces muscular strength by 5.5%, especially when stretches were held for 90 seconds or more, and that stretched muscles are, in general, substantially less strong. In other words, athletes who stretch to warm up are likely to perform worse than if they hadn’t warmed up at all!

Another study, published in The Journal of Strength and Conditioning Research, concluded that if you stretch before you lift weights, you may find yourself feeling weaker and more wobbly than you expect during your workout. For this study, young, fit men performed standard squats with barbells after either first stretching or not. The volunteers could only manage 8.3% less weight after static stretching, but even more interesting, they also reported that they felt less stable and more unbalanced after the static stretching warm-up.

NOT THE DONE THING!


Together, these studies augment a growing scientific consensus that pre-exercise stretching is generally unnecessary and likely counterproductive, with the various study authors writing that they suspect the problem is that stretching does exactly what we expect it to do: It loosens muscles and their accompanying tendons – which makes them less able to store energy and spring into action, like a worn-out elastic band. According to Dr Goran Markovic, who headed up the Croatian study, “After this study, we can now say for sure that static stretching alone is not recommended as an appropriate form of warm-up. A warm-up should improve performance, not worsen it, so a better choice is to warm-up dynamically, by moving the muscles that will be called upon in your workout.”

What that means is a runner warming up for a training run or race should rather jog slowly to warm up those leg muscles, stretching them dynamically by putting them through the range of motion they’ll need for the run, and this can then be complimented by gentle skipping or hopping… instead of trying to bend your foot all the way up to touch your butt, which stretches your cold quad muscle way beyond the range of motion it will be asked to go through while running!


Stretching does still have its benefits, though, and it’s just a matter of understanding how to incorporate the right amount and type of stretching into your training programme, instead of writing it off completely, says Dr Markovic. “Stretching and flexibility training can give you a wider range of motion in your joints, which can help them to perform better and improve balance and posture as well as reduce the risk of more severe injuries, but the key question is whether you feel you have adequate flexibility for the performance you’re looking to achieve.” So if you wish to train at a higher intensity, you may find you need a bit more mobility in your joints and muscles to take your training to the next level – but this should be done as a complimentary part of your overall training programme, not as a warm-up before you run.”