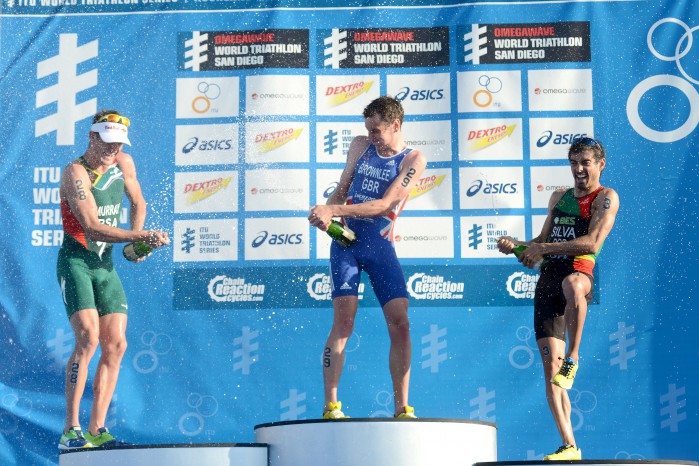 Not only is the Discovery World Triathlon Cape Town a first for the African continent, but it is also a first ever for Richard Murray when he lines up against the best triathletes in the world on home soil.
Murray (25) along with brothers Alistair and Jonathan Brownlee (GBR) and Javier Gomez (ESP) are headlining the ITU World Series race on Sunday at the V&A Waterfront.

Murray, like many other athletes, have been preparing in Stellenbosch for the past few weeks. The whole Joel Filliol squad of which Murray is part and includes another red-hot Spaniard Mario Mola is training in Stellenbosch. “Training has been going great. I mostly did sharpening up before the Cape Town race. I’m very keen to see how the past five months’ training has gone and how I’ll perform this early in the season.”

Murray has thus far won the SA Championships in East London and the ATU African Sprint Cup and finished second at the Mooloolaba World Cup in Australia and the African Championships in Harare, Zimbabwe. “With four races under the belt, I feel confidant and sharp leading into the Discovery World Triathlon Cape Town.

Murray, along with Henri Schoeman, will be the two prominent South Africans in the race. But youngsters Wian Sullwald, Travis Johnston and Wikus Weber are some of the other locals that will be racing on a very fast and flat route. “With a few other African boys on the start line, with family, friends and sponsors in support, it’s going to be something very special for me. I’m super-amped to race against the best triathletes at home.”

This is not only a great opportunity for Murray and other local athletes to race internationally on home soil, but it is a chance for the sport of triathlon to get some much-needed national exposure in the country. “Triathlon and Cape Town are getting some great exposure and publicity. Our sport really needs this. For the athletes and the sponsors.”