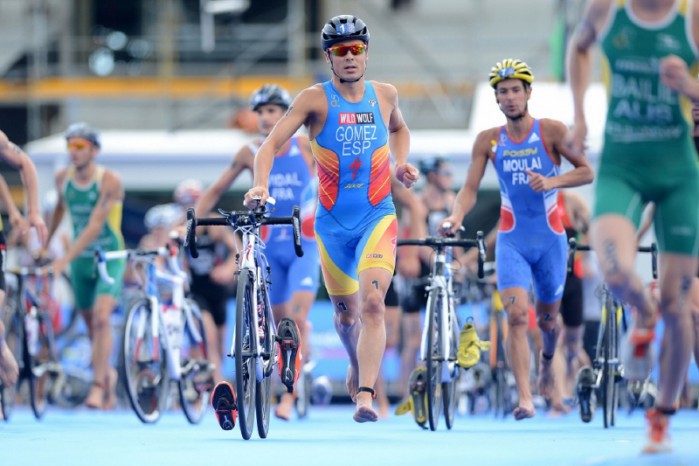 If Auckland is anything to go by the Cape Town race of the ITU World Triathlon Series is going be a thriller with the top triathletes in the world all gunning for glory.

Current World Champion Javier Gomez from Spain kept his undefeated streak at the Auckland World Triathlon Series intact, recording a comprehensive win over Jonathan Brownlee in the first WTS event of the 2014 season. While Brownlee pushed him for most of the run, Gomez proved too strong on the tough, hilly course and won by some 20 seconds after running away from the Brit with a few kilometers remaining. This race added another battle to Gomez’s war with the Brownlees – Alistair and Jonathan – for world supremacy.

“It was another great race in New Zealand,” said Gomez. “I felt really good all the time, the water felt good, the bike was really hard, some of us worked pretty hard to keep the gap between the second group and during the run I tried many times to drop Jonathan, he was pretty strong, but on the last lap I had something left and I just gave everything and didn’t look back. It was a pretty good race.”

The Brownlees and Gomez have been dominating the World Triathlon Series for pretty much the past two seasons. If you look for a race winner other than Alistair, Jonathan or Gomez when one of these three were in the race, you have to go back to July 2012 when South African Richard Murray got the better of Gomez in the sprint in the World Triathlon Series in Hamburg. In the past 17 WTS events there have been only six winners and only Gomez, Alistair and Jonathan have won more than one race in this time. Jonathan has won 6, Gomez 5 and Alistair 3. The other winners were Joao Silva, Steffen Justus and Murray.

With both Brownlees and Gomez entered for the ITU World Triathlon Series in Cape Town, the stage is set for the next battle in the Brits’ war with the Spaniard.