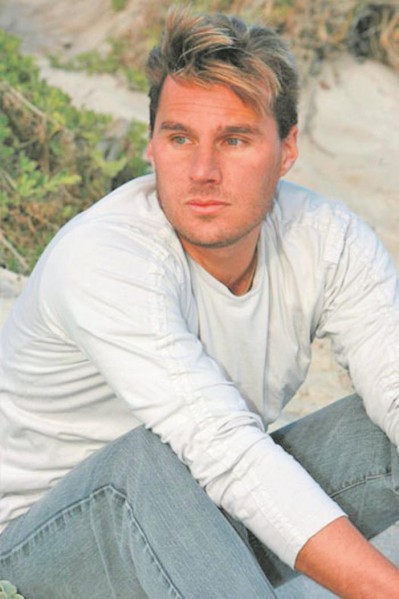 Hein Wagner, blind adventurer and motivational speaker, has successfully completed the extreme Antarctic Marathon on the South Pole. On March, 9th 2014 Wagner completed what has been colloquially described as the harshest marathon on the planet. Nick Kruiskamp, well-respected athlete and race champion, was Wagner’s guide. This is the first time in the history of the 15-year-old event that a blind person has finished the gruelling race.

“I always knew the Antarctica Marathon would be a test of endurance, mental strength and perseverance. However, I never thought that being on the 7th continent surrounded by ice capped mountains, glaciers, icebergs, snow, penguins, whales and other wildlife will be so emotionally overwhelming,” says Wagner.

As expected, the treacherous race covered the most rugged terrain, made of mud, ice and sludge. Wagner describes his perilous start of the race: “Within a few minutes we tracked through the first bit of snow followed by loads of mud. This quickly turned into a series of small water streams and although we tried to jump over them, they pulled me in to the very centre of their icy cold. My mind was racing ahead to frostbite and amputations when I told myself to snap out of it; motivating myself by realising that it was just the beginning, so I forced myself to focus.”

“In a brutally honest way Antarctica reflects the ever dramatically changing world we live in as no 5 minutes down there are the same. A beautiful sunny morning at zero degrees can very quickly change into a snowy ice wind and rain with a chill factor of minus 15 to minus 25 degrees. I’ve never experienced anything colder than Antarctica. It had me shaking to my very core!”

Wagner refuses to stand back from a challenge. Despite this blindness, Wagner has a string of accomplishments to his name. Wagner is an avid sportsman and enjoys abseiling, running and cycling; he has won the World Cup Cricket for the Blind, sailed the Cape-to-Rio yacht race, completed the gruelling Ironman triathlon and finished the legendary eight-day stage Absa Cape Epic mountain biking race. Wagner is also the current holder of the land speed record for a blind driver at 322.52 km/h.

“Since I can remember, I’ve had a fascination with the North and the South Pole and when Mike Bailey, my runner guide, came up with the idea to enter the Antarctica marathon I jumped at the chance! Unfortunately, Bailey was forced to drop out of the race due to a serious knee injury. “I only met my new running partner, Nick Kruiskamp, a week before the race. This left me a little nervous. I knew guiding a blind person for the first time, through the toughest marathon on the planet, was not going to be easy. After a few cold beers in Buenos Aires I realised Nick and I will definitely find our rhythm!”

Wagner participated in the event to promote the abilities of those living with disabilities and to raise the profile of VisionTrust, an organisation dedicated to making the world more accessible to the blind. “After receiving the honour of running with race number 1, I knew that no matter what I have to finish the race and do so in a respectable time. I do not take representing blindness lightly. Wagner reached his goal to raise enough money to provide 20 previously disadvantaged, unsighted individuals with specialised computers and software to help them lead a normal live.

Wagner describes the most difficult thing he has had to do, was to accept his blindness unconditionally. Wagner describes how his sense of feeling was challenged in Antarctica, “I can only remember a few occasions in my life when I really yearned to see. Waking up to whales playing in the water, seals sun-bathing on floating icebergs and the backdrop made up of pristine, beautiful and breath-taking glaciers left me a little envious of the sighted. It wasn’t easy, but then I started looking at it from a different perspective. I believe this was my true test of endurance and to my surprise the pristine beauty of the 7th continent is so extreme it turned out that I could actually hear the view.”