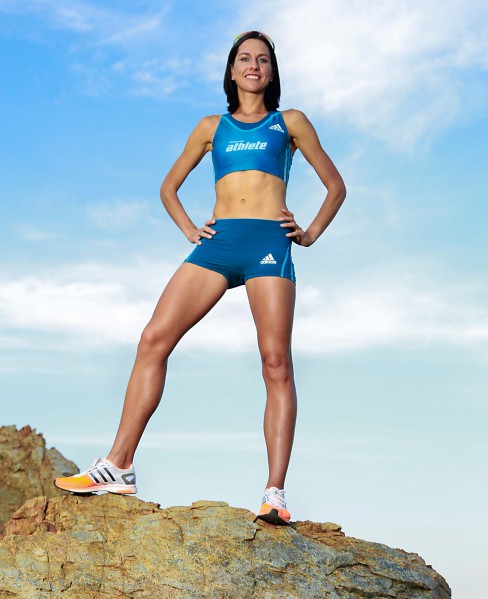 In a unique and exciting move, South Africa’s largest running publication, Modern Athlete magazine, has signed top South African runner Rene Kalmer as a Brand Ambassador for the magazine and its brand extensions. The multiple SA Champion and two-time Olympian will represent the Modern Athlete brand at various events and activations, will feature in the magazine as guest columnist and regular contributor, and will play an integral part in the magazine’s new school and corporate wellness programme.

Rene says she is hugely excited about this new chapter in her running career. “To the best of my knowledge it’s the first time ever for a running magazine to partner with a professional athlete, so it is exciting to be part of Modern Athlete’s plans. As a professional athlete, it is all about you and what is best for you, but now I have the platform to give back to the sport, both now and in the long term. As an athlete you don’t know where to start in terms of giving back, so this will allow me to do so much more that just answering people’s Facebook messages!”


“One of the things I am most looking forward to is the schools programme, given that I used to work as a teacher and really enjoy coaching young athletes. We want to motivate the kids to start exercising, and teach them about nutrition, so it will be a long-term involvement with the schools, and from there we will take it to corporates,” says Rene.

Speaking on behalf of Modern Athlete, Managing Director Craig van der Westhuizen says the whole team at the magazine is thrilled about their new brand ambassador. “To have South Africa’s top female athlete being part of South Africa’s largest running publication is terrific. Aside from her athletic feats, she is also one of the most respected, recognised and popular athletes in the country, with international experience and pedigree. We understand that Rene’s current medium-term goal is to qualify for the 2016 Olympics, so we will support her in every way we can to achieve that goal.”

“This is the first time we as a magazine are supporting a professional athlete, so both we and Rene will work together to see how we can best support each other in developing the sport in South Africa

On Wednesday night (26 March), Rene will fly to Copenhagen, Denmark, for the IAAF World Half Marathon Champs on Saturday 29 March, as part of the six-athlete SA team. She says she has been focussing on 10km and 21km races in recent weeks to get her speed up for these Champs, and will then revert to marathon training in her build-up to running a Big City Marathon at the end of the year. “I have not yet decided which marathon I will run, but I would like to run Berlin or Chicago, or perhaps return to Yokohama, where I set my PB in 2011*. It actually feels like I am loafing at the moment, because I am not in training for a marathon, but I am feeling fit and strong, and enjoying being injury-free.”