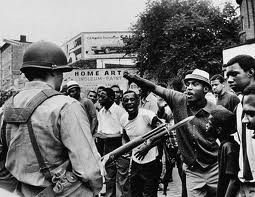 Brandon Cumby was lying in his Parkland Hospital bed following an electric shock and 25-foot fall from a tree in August 2012. The self-described skeptic had tubes in his mouth, internal burns below his abdomen, a lacerated liver and a bevy of broken bones.

Friends and family were reading him uplifting passages from his favorite athlete’s books. One stood out: “We have two options, medically and emotionally: give up, or fight like hell,” from Lance Armstrong’s book,It’s Not About the Bike.

“I chose to fight like hell,” said Cumby, whose Facebook page is sprinkled with inspirational quotes. “I lay there and thought: ‘I’m going to get back as fast and as hard as I can. I’m not going to let this define me.’”

Despite a painstakingly slow recovery, beset by complications, Cumby, 34, focused on healing and regaining his strength. His goal, set before the accident, was to run the MetroPCS Dallas Marathon.

Cumby will be on the starting line Sunday thanks to moral and financial support from the running community and a free race entry from Dallas Marathon executive director Marcus Grunewald.

“That’s been the carrot dangling in front of him,” said his running partner, Rebecca Baker, who will run with Cumby. “It will be less than a year and half since he was on life suppor