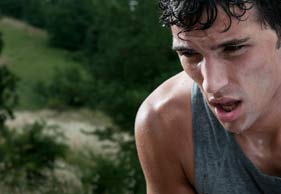 Chances are
that most of your training has been done in cool moderate temperatures, either
at the crack of dawn while the rest of the country is only thinking about
getting up, or after work. I recall reaching 60km in the 2008 Comrades ‘Up Run’
in what were uncomfortably warm conditions. Road temperatures out on the route
reached around 40 degrees, with air temperatures at 32 to 35 degrees. Runners
were throwing up and the assumption was that they were dehydrated, which in all
likelihood was not the case, but more on that shortly.

The last
time it rained seriously during Comrades was in 1965. In 2011 it was cloudy and
relatively cool, and in 2012 it started off cloudy with some strong winds
coming into Camperdown. Clearly, hot weather is not always a given, but the
chances of hot humid conditions are far more likely than not. For the purpose
of this article, let us assume that it’s going to be a hot and humid day – and anything
other than that will be a bonus.

There are
two high-risk conditions brought on by running in the heat that we need to be
careful of:

1. HYPERTHERMIA:
The body produces more heat than it can dissipate. Hyperthermia reduces muscle
endurance and decreases performance levels. This is due to the dilation of
blood vessels in the skin and pooling of blood in the limbs. As a result, the
volume of blood returning to the heart decreases, and with it the amount of
oxygen delivered to the muscles via the blood, which results in fatigue.

2. DEHYDRATION:
This is a complex subject and covers far more than can be said in this article.
In Comrades, often the bigger problem is not dehydration but over-hydration,
which leads to hyponatraemia, an imbalance in the electrolytes in the body.
Basically, what happens is that the salt content of your blood is diluted with
the excess intake of liquid as a result of the over-hydration. Taking on energy
drinks with electrolytes will simply make matters worse, as the intake of more
liquid further dilutes the salt content of the blood. And the problem with
taking on a mouthful of salt is that we become thirstier!

When
running in any conditions, the key is to remain adequately hydrated but not
over-hydrated. One way to determine how much liquid we need is to do a sweat
test. Find a hot day with conditions as close to race day. Weigh yourself in
the nude and head out for a 30min run at Comrades race pace. Don’t drink
anything while running. When back at home, weigh yourself once more and multiply
the weight-loss by two. For every kilogram lost in body weight, you need one
litre of liquid per hour. So, if you weighed 70kg before the run and afterwards
you weighed 69.5kg, as a general rule of thumb you would need to take on one
litre (0.5kg x 2 = 1) of water every hour in similar conditions.

With
Comrades only a few weeks away, start switching your runs now to the warmest
part of the day. In general, most people acclimatise to temperature change
within four to seven days, and if you run in the heat of the day for two weeks
before Comrades, your body will be far more adapted to the heat come race day.
Acclimatisation allows the body time to adapt and to learn to function
optimally at the new conditions, and with adequate acclimatisation the decrease
in performance is minimised.

Good luck
with the last weeks of your training!