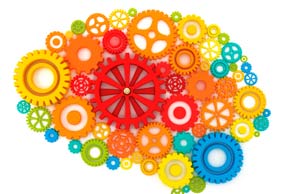 As
part of Dr Genevieve Symonds’ study for a PhD in Psychology at the University
of Pretoria, she conducted in-depth interviews with 15 runners who were injured
or had recently recovered from injury. The participants were typical South
African runners: All except one had run a standard marathon, 10 had run the
Comrades Marathon (between them they had run the race 87 times), and one of the
participants was even a previous Comrades winner. These were committed, dedicated
runners, and one participant’s enthusiasm was exemplified when she said,
“Running is my life.”

When
injured they experienced a sense of loss because they feared losing their
levels of fitness, not being able to follow their training programmes and run
various races. One participant said, “It’s really heart-sore for me to skip
this Comrades.” The majority of the participants believed they were only
injured when they were unable to run or could not run with ease; they did not
regard niggles as injuries, but referred to them as just a runner’s thing. One
participant expressed the view that runners know if their injuries are really
serious, but are often faced with the dilemma of whether to run with their
injuries or not. The participants found it difficult to admit they were injured
and seemed to be in denial. One admitted that when in pain, he blocked it out
and continued running. Most of them had run with injury.

All
the participants deliberated on the psychological benefits they perceived that running
afforded them.

?
They experienced stress-relief, were able to deal with
frustration and anger, and solve their problems. One participant shared, “Just
running helps me through all my problems. It’s like I don’t have to see a
shrink.” Another stated that when frustrated, “I put on my running shoes and I
go and kill the road.”

?
They also associated running with positive psychological
benefits such as improved self-esteem, a sense of freedom, fulfilment and
identity, enhanced creativity and mental strength.

?
One reflected, “Everything in running is like freedom,”
and another described running as “something that filled something.”

When
injured, the participants described their sense of loss of these psychological
benefits. One said, “Something that used to make you happy is gone.” Another
compared not being able to do what she loved to the death of a person.

The
participants experienced disappointment, frustration and anger because they
perceived their recovery to be slow. One exclaimed, “It doesn’t want to go away,”
and another, “I’m supposed to be able to run now.” A third wanted to buy a
punching bag he could lash out at. They also conveyed a sense of urgency,
uncertainty and apprehension in their endeavours to recover. One questioned if
he could “cheat something so massive” as the Comrades by not training
sufficiently for the race.

Despite
conveying these emotions, some of the participants gave the impression that
they eventually did accept their injuries. Also, most were happy with the
treatment they received from medical practitioners, but a few said they did not
trust the medical profession. One stated, “They’re not runners and they can’t
help you.”

Next
month we bring you part two of this article, which will feature more revealing
facets of this interesting study.