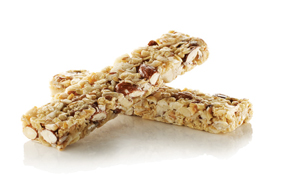 The
gloves are coming off. That is the best way to describe the ongoing debate in
nutritional circles thanks to Tim Noakes’ highly contentious statements over the
past year about what we should or should not be eating. He has been labelled a
crackpot, accused of unscientific methodology, and even referred to as the
“Julius Malema of medicine – a man with a hoard of followers and considerable media sway, who is capable
of producing charismatic but probably irresponsible solutions to very complex
problems.” In return, Tim has referred to some of the doctors who are opposing
him as ‘pill-pushers,’ and even said the Health Profession’s Council of SA
(HPCSA) does not understand the basis of science.

But this doesn’t help the
layman, who is none the wiser after the war of words. Must we remove all
carbohydrate from our diets, as Tim originally advocated, or do we just remove
specific types, as he now suggests, or do we ignore him and stick with the
‘party line’ being advocated by those who oppose him? It seems nobody can
answer that question now, because the jury is still out. That is why most
doctors, nutritionists, specialists and even the Sport Science Institute of South
Africa and University of Cape Town (Tim’s employers) have come out with
statements that tell people to continue eating balanced diets, not go ‘gung-ho’
on the low-carb/high-fat diet that Tim is advocating. In essence, the two sides
are not yet able to prove absolutely that they are right, so most are taking
the middle road.

In 1977 the US Senate
adopted the McGovern Report on nutritional guidelines for Americans, based on a
low-fat, high-carb diet, ostensibly to promote health, but Tim believes it was
just a tool by the then US government to strengthen the country’s corn-based
agricultural sector. “Since then, people have reduced their consumption of fat
to reduce cholesterol, but obesity has risen. Before that, humans were generally
lean and did not need to be told what not to eat.” Furthermore, Tim believes
that there is a misconception that people are getting fatter because they are
eating more and exercising less, but rather it’s because they are they eating
more carbohydrate, which to cut a very long scientific story short, is being
converted into body fat, leading to obesity and serious illnesses, including
various cancers. “About 70% of chronic diseases are nutrition-based, and if we
continue as we are now, we are going to need more hospitals and doctors,” says
Tim.

On the other hand, opposing
doctors and nutritionist say the initial health benefits Tim has apparently
derived from his about-face on eating carbs – loss of excess weight, several
ailments cured, feeling energised, running better than ever – can be explained,
and they warn of bigger problems down the line: For starters, type one
diabetics may develop renal failure or go into a hypoglycaemic coma, and
patients with elevated triglycerides risk contracting potentially fatal
pancreatitis.

The
bottom line is that both sides agree that a low-carb, high-fat diet can cause rapid weight-loss,
but the regimen is not without acute dangers, and the long-term benefits of the
diet remain unclear. So while Tim has swung from high carbs to no carbs, the widely-accepted
consensus remains that something in between is best: Avoid transfats, sugars
and refined carbohydrates, eat a calorie-restricted, balanced diet with whole
grains, protein and healthy fats, exercise in moderation, and drink water when
you’re thirsty.