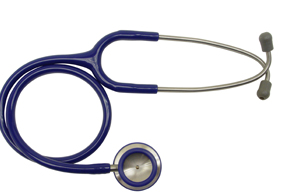 The
incidence of sudden cardiac death (SCD) in young athletes aged 12 to 35 is
about 0.5 to 2 per 100 000 per year, and they occur far more commonly in males
than females (10:1). The incidence in runners over 35 years of age is about 1
per 15 000 to 50 000. (These are world wide figures). The tragedy is that these
athletes are usually fit, healthy individuals, not the sort of people one would
expect to die participating in sport.

There
has been a lot of research done into the causes of SCD, with many papers
published and many causes identified, the main one being undiagnosed congenital
cardiac disorders, of which Cardiomyopathy (progressive weakness of the heart
muscle) is the most common. Other causes include post-viral myocarditis
(inflammation of the heart muscle) and Atherosclerosis of the coronary arteries
(commonly known as hardening of the arteries).

The
question arises as to what risk factors, either individually or in combination,
can suddenly trigger a fatal cardiac arrest, when an athlete has been doing the
same activity for years and is very fit. It is thought that a natural
progression of the underlying disorder may be one of the factors, where the
heart eventually cannot cope with the stress applied to it, e.g. a marathon, which
it was previously able to. Other factors are thought to be:

?
The use of common analgesics, such as
anti-inflammatories and Paracetamol, which can affect the kidneys and heart.

?
There are quite probably other factors which have not
yet been identified.

Professor
Efraim Kramer, Head of the Department of Emergency Medicine at Wits University
Medical School, is going to be doing a study during the Comrades Marathon in
2013 and/or 2014 to try to positively identify some of these triggers. This
will involve in the region of about 250 to 300 volunteer runners being screened
and monitored on a weekly basis during the five months of training prior to and
after the Comrades.

He
will be looking for any medical problems, injuries and use of any medication
which may affect a runner during training or Comrades itself. In particular he
will be looking for any specific effect on the heart. Runners who are
interested in participating in the study can contact the Comrades Marathon
office for further details. Hopefully this will provide some positive results
as to what precipitates these catastrophic events, and some insight as to how
they can be avoided.

So
how can runners try to prevent something like this happening to them? Probably
the most important is a person’s family medical history, which could provide
important pointers as to the possible presence of a congenital/genetic
undiagnosed problem. You need to go for a thorough medical check-up and even
see a Cardiologist if:

?
There is a family history of Cardiac disease,
especially if it manifested at a young age, e.g. before age 35-40.

?
There is a family history of an unexplained death, or
death due to heart problems, at a young age.

?
There is a family history of raised Cholesterol or
Diabetes at a young age.

If
the individual has heart problems, raised cholesterol or diabetes, or any other
chronic ailments, then they should probably have an annual check-up at some
stage prior to an event like Comrades, or even shorter races as well. In short,
if you are worried or not sure, rather get checked.

Despite
this, I must emphasise that physical activity is healthy and generally safe –
but only if runners apply the basic rules.

?
Make sure they are fit enough for the event that you
are going to attempt.

?
Never take part in an event if you are ill, have flu,
or have only just recovered.

?
Do not take painkillers, anti-inflams or any other
medication during a race.

?
Also make sure you are adequately hydrated.