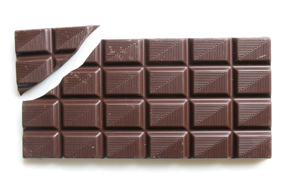 Whole wheat bread in
general is a richer source of protein than white bread – a slice of 100% wholegrain
bread provides about 3.6g of protein, compared to 1.9g for a slice of
commercially-prepared white bread. The wholegrain is also substantially higher
in dietary fibre, 1.9g compared to 0 to 0.6g, and it will make you feel fuller
for longer because the fibre takes longer to digest. Furthermore, wholegrain
bread is a rich source of selenium, a trace mineral that provides antioxidant
benefits.

FAT-FREE VS FULL-CREAM MILK AND YOGHURT

There is a significant
difference between fat-free and full-cream dairy products:

Also, people are often
under the impression that fat-free dairy products are lower in the important
mineral calcium, but they’re actually equivalent, if not higher, than their
full-fat versions. One cup of whole milk generally contains 276 milligrams of
calcium, while one cup of fat-free milk contains 299 milligrams.

Ostrich meat low in
fat and lower in cholesterol than regular lean beef. However, both are a great
source of iron, as the high iron content in regular beef is only slightly higher
than that of ostrich meat:

Everyone
loves to hear that their favourite indulgence is “good for you.” Not so fast!
Cocoa and dark chocolate are rich in a group of antioxidants known as flavanols,
which emerging research shows promote blood-flow to the brain, keep arteries
elastic, lower inflammation and ‘top up’ your levels of antioxidants. But while dark chocolate may have
more health benefits than milk chocolate due to the antioxidants it contains,
it’s still just as high in calories, fat and sugar.

Decaffeinated coffee
still contains caffeine (about 4mg per cup versus 130mg in a cup of regular)
and has been shown to have similar health benefits to caffeinated coffee. Caffeine
is a central nervous system stimulant that can have some positive effects on
the human body, such as it may help reduce the risk
of heart disease, diabetes, certain cancers, Parkinson’s disease and maybe even
Alzheimer’s disease. Caffeine in low doses is also thought to be
associated with an improvement in sporting performance, increased alertness and
reduction in fatigue.

However, there are
some definite drawbacks to too much caffeine, including anxiousness and
irritability, headache, irregular heartbeat, muscle twitches, and sleeplessness.
Caffeine can cause temporarily high blood pressure, nervousness and increased
production of urine and gastric acid, and may trigger arrhythmia in people with
heart conditions.

Butter is an animal
product, high in both saturated fat and dietary cholesterol, so increases our
risk of heart disease and stroke. On the plus side, butter is a good source of
fat-soluble vitamins A, D, E and K. Margarine is made from vegetable oils and
contains no cholesterol, but it the controversy with margarine lies with its
level of artery-clogging trans-fat, a largely man-made fat formed when hydrogen
is added to vegetable oils, making the oil more solid and less likely to spoil.
In general, the more solid the margarine, the more trans-fat it contains. Fortunately,
there are a number of margarines on the market that are trans-fat-free.