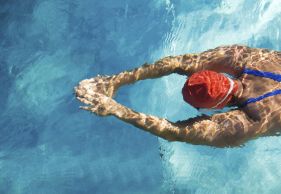 Regardless
which group you find yourself in, running 87km put a strain on your body. Not
to mention the hours spent belting it out on the road in preparation for race
day. The biggest mistake you can make now is to get back on the road too soon.
Remember, during the tough journey from Durban to Pietermaritzburg, the
following happened to your body:

?
You put tremendous strain on your immune system, your
heart and other internal organs, and of course, your legs.

?
Muscle damage begins to take place once we go beyond
25km, so your muscles would have developed many small micro-tears during the
race, causing them to bleed and to become inflamed.

You
don’t get a medal for being the first Comrades runner in your club to get back
on the road. Coming back too quickly will result in injury, illness or both.
The last thing you want now is a stress fracture! So the million dollar
question then is, “When can I start training again?” The bottom line is that it
varies from person to person. For example, in my first few Comrades, I found
that I had an ache in my legs for a number of weeks and that I could only
return to running after about four to six weeks. In my last two Comrades,
however, I found that within a week or two I was good to go. It really depends
on your body.

So,
if you’re a novice and this was your first Comrades, then I would advise at
least a four- to six-week recovery period with no running. For someone who has
done a number of Comrades, two to three weeks is generally enough. The reason
for this is that which each passing year, we put more mileage into our legs,
and our legs thus become stronger from one year to the next. And the best way
to gauge recovery is via your waking heart rate. For example, if you were
taking your waking heart rate regularly in the build-up to Comrades and it was always
around 45, a waking heart rate now of 50 to 55 would indicate that your body is
still recovering.

Of
course, recovering from Comrades does not mean that you can’t do anything at
all. After a week or two of solid rest, start introducing one or two sessions
of core strength work, a swimming session, some light biking, etc. The key is
to listen to your body: If you’re tired and need the sleep, then sleep. As you
begin to recover fully, you’ll begin to get your passion and drive back for
running. When you do start running again, start with a
short run every second day on grass, and then gradually build back up to the
road from there. Before you know it, you’ll be back up to speed and smashing
those PB’s!