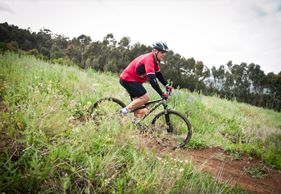 Brian’s story starts with a strong role-model, his dad, Aubrey Coppin.
“At 14 I was operating a till and by the age of 21 I was ready for
entrepreneurship,” says Brian, who left OK Bazaars to start a wholesale fruit
and veg business with his brother, Mike. The Coppin brothers opened the first
Fruit & Veg City in Access Park in 1993, and it was a huge success. “In  we opened the first Food
Lovers’ Market store in 2009 we entered into
a partnership with Chevron to bring FreshStop stores to Caltex forecourts. Our
latest venture is a joint venture with Diamonds Discount Liquors, which will be
called Market Liquors.”

Fruit & Veg City is now a household name in South African, and
rightly so, as there are currently
105 Fruit & Veg City and Food Lovers’ Market
stores across South Africa and Africa. The Coppin brothers are forever aiming
higher and now aim to open a further eight to 12 Fruit & Veg stores per
year. Currently there are 107 FreshStop stores and they are aiming to open another
50 per year. Brian believes their success boils down to passion and great
people: “We have a really fantastic team and a core offering of fresh,
wholesome produce and fantastic value and quality.”

Brian is a passionate golfer and mountain biker, but admits it is difficult
to balance a busy business life with quality time with the family and still
participating in his chosen sports. To make things easier, he combines quality
family time with his love of sport, such as cycling and playing golf with his
son, Travis. “I have just started mountain biking and still fall plenty, as was
the case on the second day at the recent Wines2Wales, a three-day mountain bike
stage event in Western Cape. I took a tumble coming down Pofadder and suffered
a fractured coccyx, and as a result I was not in a position to race on the
Sunday. It was all good fun until I fell, though!”

A typical week in Brian’s life sees him going to gym plus cycling for
approximately six hours, and he believes that running is the best base for any
sport, but unfortunately can’t hit the tar because of a previously broken
ankle. His big goal now is to do the Karoo to Coast 100km Mountain Bike
Challenge, which is considered by many to be the Comrades of mountain biking
races, and something Brian believes is more up his alley.

Back at work, Brian also tries to get his employees involved in sport,
and today some of them golf, while just recently they have started cycling as a
team. “Exercise is crucial for your health, longevity and just to manage stress
levels,” he says, and he has very simple advice for anyone who says they don’t
have time for exercise: “It’s simple… make
time!”