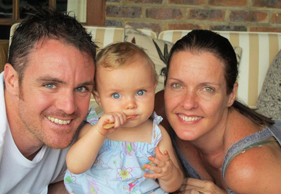 Better known these days as nice guy Daniel on the
soapie Isidingo, Stephen has
established himself as one of the country’s most recognised actors. Other
notable roles in recent years include playing the controversial abusive drug
addict (also Daniel) in Home Affairs
and Laurence in Snitch, on top of
past appearance in Egoli, Backstage and 7de Laan, and he was a featured extra in the Hollywood movie Femme Fatal starring Antonio Banderas.
He’s also displayed his singing skills in a stage production of Hair, and done Shakespeare, as well as other
shows, programmes, films and adverts. However, he says his path to acting was
not exactly normal. “I wanted to get into alternative medicine but failed my
interview – at that stage I wasn’t confident, so I decided to study drama to
boost my people skills.” That worked so well that Stephen became an actor
instead, even going on to perform the role of Victoria Beckham in a theatre
production called We Will Rock You
that toured South East Asia!

Apart from preparing for his diverse roles and
learning lines, Johannesburg-based Stephen (34) also manages the marketing side
of Anita Unique Body Wear, a women’s clothing range run by his father for the
past 14 years that covers everything from sport lingerie to swimwear. “I was
always interested in medicine and turned to medicated clothing, so it’s a
plus,” explains Stephen. “Our Anita stand was very popular at this year’s
Comrades Expo and I believe in the product – beauty starts with the right bra!”
(And you can just imagine the stir it causes when a well-known hunky soapie
star is on hand to help the ladies find the right fit for a sports bra…)

As a youngster, Stephen was an avid rugby player at
school and also participated in athletics and swimming. Today, he uses his free
time to keep fit by going running and mountain biking, but says he prefers
staying away from busy gyms. “Running is a way to catch up with a running
friend, a time to break away from work. It’s something I set time for and feel
I have to do,” says Stephen. “And when I ride, I usually go for two to three
hours about twice a week, and sometimes my wife Claire and daughter Hayley join
in.”

As a father, Stephen also uses play time with Hayley
to keep fit. “We go for walks together with the dogs and we had one of those
runner prams when she was younger.” He also says that he does crunches and
push-ups when she sits on his tummy. “She is my 10 to 15kg bench press or bicep
curl!” He also integrates a lot of his hobbies in his healthy lifestyle, like
bird-watching on walks, running and cycling on family getaways in the bush, and
getting active on holiday and on tour. “I never sit still. On tour, I go rock
climbing, scuba diving and river rafting and experience everything!” says
Stephen, who adds that movement on stage is another plus to keeping his fitness
levels up.

With all the exercise Stephen does, nutrition plays an
important role in his busy schedule, and he always aims to maintain a healthy
routine, especially when away from South Africa. He says he likes to embrace
traditional food when on tour – for example, in Hong Kong he ate fresh cod that
was gutted and skinned in front of him at a food market. “When you’re busy it’s
easy to eat ‘road food,’ but I stay away and don’t do fast food at all. I always
try and take in a lot of veggies and eat healthy small portions. On tour with We Will Rock You, I managed to eat right
while others looked to takeaways. I took in cabbage and shaved beef, and took
in good nutrients.” Stephen and Claire also prioritise healthy family meals at
home like meat, fish and salads which they also give to Hayley. “You can’t tell
Hayley to eat her veggies without you doing it!”

While trying to balance an acting career, marketing a
clothing range, making public appearances and MCing events, on top of being a
husband and father, Stephen says that some days are hectically busy, so he
keeps a diary to schedule exercise in between business, performing and family
duties. “You can’t rely on ‘No Time’ as an excuse and substitute guilt for no
exercise. Everyone should make time to clear your head.”