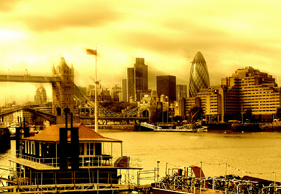 As most
athletes know, it takes a huge effort from a sporting club to put on a race, be
it a running race, triathlon or cycling event. There are just so many variables
to consider. Now imagine organising an event such as the Olympics. It takes
years of planning, construction and practising, and the statistics and
logistics around this event are simply mind-blowing!

?31 competition venues will be utilised.

?Organisers say 75% of all tickets
will cost less than ?50 and offer free travel on London transport.

?Tickets for the athletics will start
at ?15 and there will also be 20 000 ?10 tickets for the Olympic Park to watch
on big screens.

?A sell-out rate of 82% for the
Olympic Games and 63% for the Paralympics is projected.

THE OLYMPIC VILLAGE AND STADIUM

?Construction of the park started in
May 2008 and more than 5 250 people have worked on it.

?93% of training venues are to be
within 30 minutes of the athlete’s village.

?The village will have 17
320 beds and provide each athlete with 16 square metres of floor space.

?Each apartment will have
a TV, internet access and a private courtyard.

?The dining hall will
cater for 5 500 athletes at a time.

?A tri-generation plant will supply
electricity, heat and chilled water to the Olympic Park, using technology that produces
33% lower CO2 emissions than the electricity grid.

?This will include 35 000 foreign
visitors per day.

?It is predicted that on event days,
78% of spectators are likely to travel from within London
and 22% from the rest of the UK
and Europe.

?There are 9 000 planned park-and-ride
parking spaces to be made available at Ebbsfleet, where spectators can board a
10-minute javelin service to the Olympic Park. This is the same station where
continental spectators travelling by Eurostar will join the javelin to the
Olympic Park.

?The aim is for 90% of venues to be
served by three or more forms of public transport.

?There will be two major park-and-ride
sites off the M25 with a combined capacity of 12 000 cars, within 25 minutes of
the Olympic Park.

?Organisers estimate 80% of visitors
and staff of the Games will use rail services to reach the Olympic Park.

?Low- or no-emission vehicles will be
used to transport Olympic athletes and officials.

?Live Olympic backdrop
presentation facilities will be available to broadcast rights holders, via
rooftop studios on the main press centre with a direct view of the Olympic
Stadium and Park.

?Value of tourism income is an
additional ?2.1 billion.

?The Games are expected to cost ?20
billion. London
taxpayers have contributed approximately ?625 million.

?Due to these games, the economy of London is projected to
grow by $80 billion by the year 2015.

?The Games are projected to generate 12 000
new jobs in the Olympic Park.

WHEN ALL HAS BEEN SAID AND DONE

?After the Games, four arenas will be
deconstructed and relocated to other parts of the UK, along with the swimming pools
that are used for water polo and the 50m training pools.

?Charities will be given the sports
equipment used in the Games.

?The Olympic Village
Polyclinic will be converted into a learning centre for the east London community, with
nursery, primary and secondary schools.

?The village will be
converted into 3 600 apartments, most of which will be offered as affordable
housing.

?The media and press
centre will become a creative industries centre for east London.

?After the games, the Olympic park
will become one of the largest urban parks built in Europe
for more than 150 years.